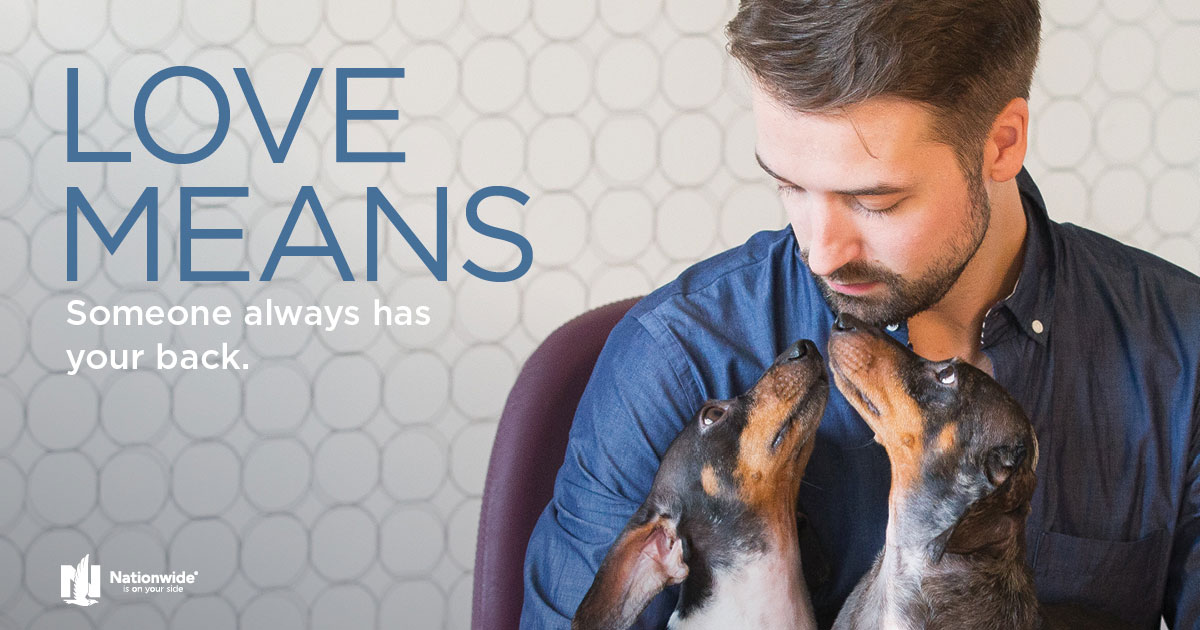 Growing up with family dogs, Robert Litavec has always been a "pet person."" So when it came time to strike out on his own for the first time as an adult, he couldn't wait to have a dog of his own. And as he started to take the steps to get his first dog, the idea of a dachshund stole his heart—and he decided that was the breed for him.

"I always wanted dachshunds—I thought they were cute," Robert says, and so he began to learn as much as he could about the breed. "As I researched, I discovered they had the biggest personality… And that's one thing I was looking for… I wanted to have a relationship with them."

From one brother to another: love at first sight

When Robert finally took the plunge and went to choose his dachshund from a litter, he initially just came home with one: he first saw the rambunctious, playful Olivier but ended up leaving with his mellowed-out brother Benoit, who fell asleep on his lap during the visit.

"Olivier was an adorable little puppy but I thought maybe I'd take the one who seemed more of a chill dog," he laughs. But that didn't last long: he found out their birthdays were on Valentine's Day, which seemed like a sign, and couldn't stop thinking of Olivier.

"So I took Benoit home and I felt really guilty. I wasn't even planning on getting a dog that day. I mean maybe it was in the back of my head. I had him for a week before I went back and got his brother. Luckily his brother was still there; I couldn't understand it because I thought for sure that he would be gone. I tried not to sleep with them and that lasted about two nights. Benoit was so tiny he would just sleep on my neck like a little scarf, and I would go to Starbucks and they’re not allowed in there, so I'd just zip my hoodie and put them inside… it was pretty cute."

As Robert got to know "his boys" he began to appreciate how different they were: "It's strange how different their personalities are. One loves baths, one hates baths, one is needier, the other one is more independent. And just look at their little legs—I mean, they're just so adorable," he smiles. But as the bond grew between them and as time passed living with them, Robert began to notice something troubling.

"I noticed Benoit started not using his back legs so much. He's kind of a baby so I just thought he was being lazy. It was right before his third birthday."" But as Benoit continued to show these signs, Robert grew increasingly worried. Like any good parent, he began diligently researching online and then took him to the vet, who confirmed that Benoit had intervertebral disc disease (IVDD), a condition where the cushioning discs between the vertebrae of the spinal column either bulge or burst (herniate) into the spinal cord space. These discs then press on the nerves running through the spinal cord causing pain, nerve damage, and even paralysis.

The vet had cautioned that if Benoit suddenly stopped using his back legs completely to take him immediately to the ER.

"It was Super Bowl Sunday," Robert recalls. Benoit had indeed stopped using his back legs and was scooting along the floor with his front paws. "I just rushed him to the ER."

Benoit was admitted right away and an MRI revealed a ruptured disc. "Spinal surgery means a good 6-inch incision on the back,"" Robert explains. "The disc rupturing puts pressure on the spinal cord, so they have to go in there and basically scoop out the rupturing disc bits. They had to put a catheter inside him; they had to keep him for 3 days. It was hard for me and Olivier. They'e never separated, ever, so Olivier was depressed and if I left him he'd just wail and tear up my house.

"I was just devastated and even when I took him home, I wanted him back to normal right then and I didn’t know what to do. The recovery process was horrible… He couldn't walk; I had to give him so many types of medicines like all throughout the day and night. It was tough for Olivier too because he wanted to play with his brother, and I had to keep him separated."

But even with Benoit on the road to recovery, there was more trouble on the horizon. "It was literally a year, almost exactly to the date of Benoit's surgery… that I noticed it," recalls Robert. "In February, right before their fourth birthdays, I noticed it."" Olivier was showing the same exact symptoms that his brother had.

"I was trying to be in denial of what it was. I went to the gym and I got back home and he was just sitting on the ground and I saw him scooting, just like how Benoit had, and I just lost it. So I just rushed him back to the same vet."

Robert went straight to the neurologist who saw Benoit, and he remembered Benoit's incident. Not only did Olivier have the same condition, but it was the same exact vertebrae that had ruptured, and the same surgery was needed.

Because Robert knew the signs and had been down this path before, his quickness in getting Olivier treated and into surgery led to a much easier recovery. Not only did Olivier not need a catheter or a hospital stay, but he was home that same evening after surgery. Whereas Benoit took almost 2 months to recover, Olivier was jumping around in a week.

To Robert, his pups are worth any amount of money. They buoyed his spirits during a particularly rough patch, and he simply wants to return the favor.

"I went through a really tough time in my life for probably 6 months to a year. It was really bad for me—a lot of stuff had happened. They were literally the only things that made life worthwhile… they just made me feel so much better. Because they were there, I feel like I owe them the best lives that I could possibly provide them. They were there for me when I needed them and I needed to be there for them."

This grateful pet parent has certainly kept his promise. Before Nationwide helped pay the claims, Benoit's surgery alone was over $6,000. Olivier’s surgery a year later came close to the same amount, but fortunately this time Robert only paid a fraction of the cost.

"Even if I didn't have insurance, I would have paid whatever I could to help them,"" he says. "But even the basic plan a month is not that much, it's a couple coffees. It's insurance, you might never need it, but when you do you're glad you have it."