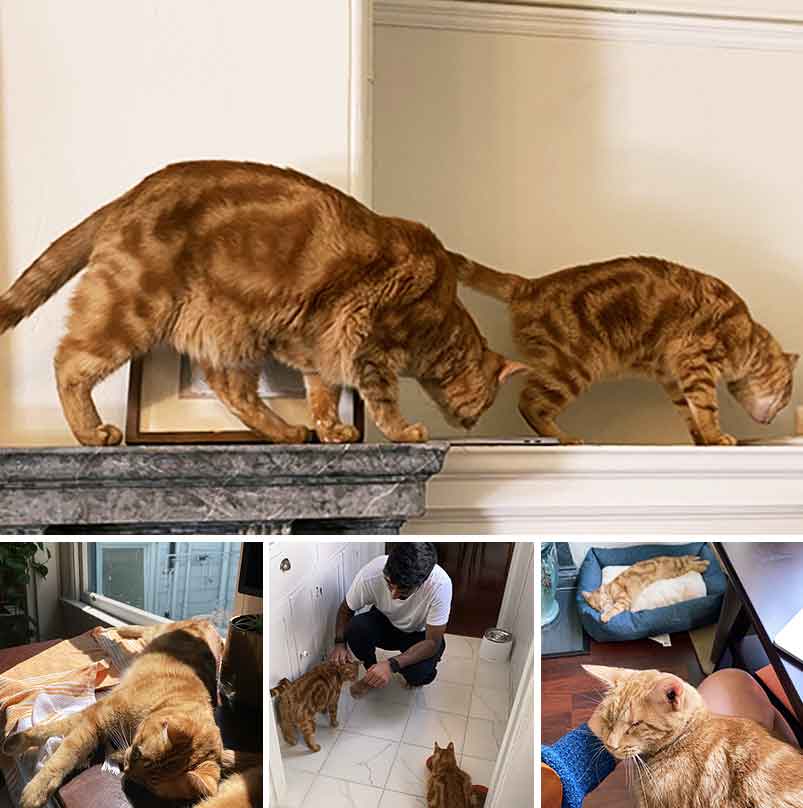 Charlotte grew up with cats, while Nima never had a cat or a dog in his life. But the two of them both knew going into their relationship that one day they’d be getting a cat of their own. When shelter-in-place was advised, their search kicked into gear.

To Nima’s surprise, they found not one but two cats, Paulo andRio. They were found abandoned in a box on the side of the highway. But their temperaments could not be more loving. They’re like two people with their own distinct personalities.  While Paulo’s the alpha, Rio’s more sensitive, and sleeps what feels like the entire day.

Both, however, love constant attention and belly rubs, and have found both through their new owners. For Charlotte, it was love at first sight, while Nima found out how quickly a bond can form when giving a pet a new home.