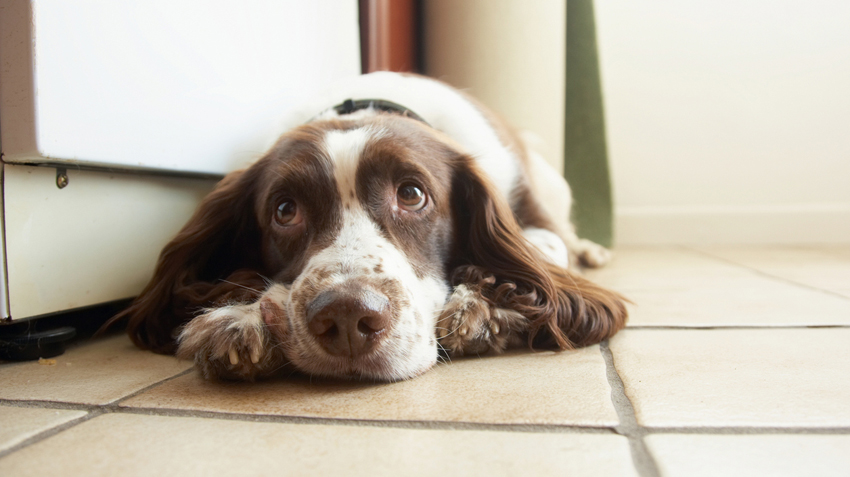 In the average household, many pets are only one bite away from disaster. Nationwide pet insurance, the nation’s largest provider of pet health insurance, analyzed its medical claims data to determine the most commonly ingested household toxins and poisons.

Nationwide ranked the toxic substances by the number of claims received for each type. Shockingly, the most dangerous poisons by far are human medications intentionally given to pets by their owners. Following is the list of top household toxins, with claim counts and prevention pointers for each. 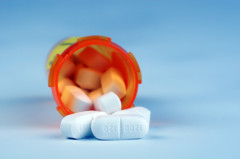 Nationwide received more claims for drug toxicity or overdose than all other poisoning claims combined. Many of these claims involved pets given drugs intended for human consumption, such as over-the-counter pain relievers.

Pet owners often give pets over-the-counter or prescription drugs for their ailments, unaware that even given in small amounts, many of these drugs cannot be metabolized by pets fast enough to prevent an overdose. Never give pets medications without consulting a veterinarian.

The taste and smell of rodenticides are designed to appeal to small mammals. As with rats and mice, these poisons are deadly for dogs, cats and other animals. Pets are most often exposed when they access rodenticide storage areas such as garages, basements or under the sink. Make sure to store thses porducts in a protected area. Additionally, if using these products on your property, be sure to place them in a pet-resistant bait station. Do not place unprotected baits as rats may carry then to pet-occupied areas.

The methylxanthine class of chemical compounds includes theobromine and caffeine, both of which are common ingredients in chocolate. Toxic amounts of theobromine can cause vomiting, diarrhea, dehydration, hyperactivity, abnormal rhythms of the heart, or even seizures in pets. Unsweetened baking chocolate contains much higher levels of theobromine than milk chocolate, causing toxicity with the consumption of much smaller amounts.

Many household and common garden plants can be toxic to pets, including sago palms, oleander, azaleas and lilies. Other plant products including onions, grapes and raisins are also categorized under the company’s plant toxicity code.

Pet owners should exercise extra caution when pets are near these plants and abstain from giving grapes and raisins as treats.

Pets will get into just about anything with bright colors and strong odors. Ingestion of cleaning supplies such as bleach, liquid potpourri, even deodorant or toiletries can result in an ill pet.

This deadly ingredient in snail bait can also be ingested by pets. Signs usually occur quickly and include vomiting and whole body tremors or seizures.

While all toads secrete chemical to deter being eaten by predators, some are particularly toxic. The two most notorious are the Marine (Cane) toad (Rhinella marinus), an introduced species living in Florida, Texas, and Hawaii, and the Colorado river toad (Inclius alvarius), a toad native to southwestern New Mexico, and southern regions of Arizona and California. Secretions from the large glands on each side of the head contains toxins which cause respiratory, cardiovascular, and neurological (seizures, paralysis) complications. Toxic effects are immediate and can be life-threatening.

Make sure to regularly monitor pets when outdoors to reduce exposure to hazardous creatures.

Mercury, lead or excessive amounts of zinc, iron, cobalt and copper can cause serious illness in pets, especially if allowed to accumulate in a pet’s body.

Pets may be exposed to heavy metals through lead-based paint, ingestion of pennies coined after 1982 (zinc core), vitamins, soil contamination, or water pollutants. Ingestion of a single penny is enough to cause zinc poisoning in some dogs.

The sweet taste of antifreeze appeals to pets. While most people are aware of the poisonous potential of antifreeze, they may not notice a pool collecting from a leak beneath a car. Regularly give a glance beneath the car and clean any spills immediately.

“Pet owners should be aware of the symptoms of poisoning — vomiting, drooling, seizures — and be familiar with the location of an animal emergency clinic,” said Dr. Carol McConnell, chief veterinary medical officer for Nationwide pet insurance.

“Treatment for poisoning can cost hundreds of dollars and an effective way to ensure preparation and peace of mind for emergency expenses is to safeguard your pet with a pet health insurance policy.”

Ken and Judy Liberti of Union City, Calif., discovered how Nationwide pet insurance prevented a medical emergency from becoming a financial crisis when their beagle, Molly, decided snail bait made a tasty snack.

The couple caught Molly sniffing around the flower beds with snail bait in her mouth and rushed her to the veterinarian. Molly’s doctor induced vomiting to get the rest of the snail bait out of her stomach. Aside from the discomfort of vomiting, Molly was unharmed. Nationwide reimbursed $275 of the $355.55 bill for Molly’s treatment, making the price for her recovery more manageable.

“We’ve decided to take our chances with snails in the flower beds rather than use snail bait ever again,” said Judy Liberti. “The cost to treat Molly’s poisoning could have paid for a whole new garden. That’s why we have pet insurance. No matter what problems we’ve had with Molly’s health, Nationwide has always paid more of her veterinary bills than we have.”

What to Do If Your Pet is Poisoned

If you suspect your pet has consumed some type of poison or toxin, call Pet Poison Helpline at (855) 289-0358 or your veterinarian immediately. Always keep an emergency veterinary clinic phone number and address handy in case your veterinarian is not available.

From fireworks to rodenticides to mystery mushrooms, there’s a lot to protect your pet fro...