Stomach Bloat is Life-Threatening to Dogs 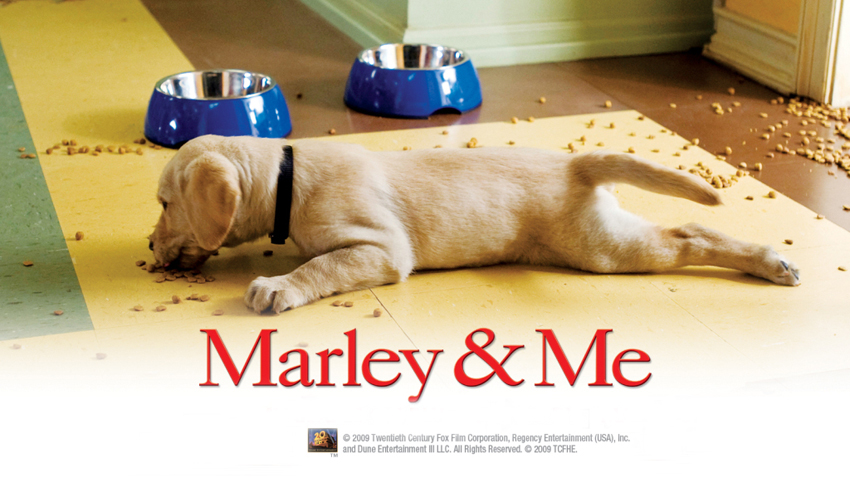 Stomach Bloat is Life-Threatening to Dogs

The box office hit “Marley & Me” is based on the true story of Philadelphia Inquirer columnist John Grogan’s life with Marley, the “world’s worst dog.”

In the film, the loveable yellow Labrador eats his way through drywall, socks and furniture. The film also depicts the dog’s struggle with a series of health concerns and, ultimately, stomach bloat, an extremely serious condition that can quickly lead to a pet’s death if not treated in time.

Most pet owners will tearfully relate to the loss Grogan—played by actor Owen Wilson—suffers when Marley unfortunately crosses the Rainbow Bridge. What veterinarians want pet owners to know, however, is that stomach bloat can be treated successfully.

Christie Parkhurst knew she’d do anything necessary to save her dog’s life. In July, the Los Angeles resident noticed that Ruby, her 12-year-old German shepherd, was behaving unlike herself.

“She was walking around in circles, acting very strangely,” recalls Parkhurst, whose husband immediately took Ruby to the veterinary clinic to be examined.

If Ruby had gotten to the clinic any later, the chance of her surviving would’ve been reduced considerably. 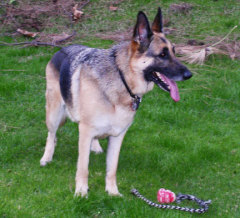 Within minutes of arriving at the Animal Medical Center in Los Angeles, Ruby was prepped for surgery. “We were really lucky,” explains Parkhurst, who was disappointed with the way Marley’s medical care was glossed over in “Marley & Me.” “We had an experienced veterinarian taking care of her and, thank God, we had pet insurance to help us cover the expense.”

Treating stomach torsion involves complex medical and surgical procedures. The cost of treating this condition can make a huge dent in anyone’s pocketbook. While this important detail may have been left on the film’s cutting room floor, cost of care is one very important factor veterinarians want dog owners to be keenly aware of at the outset.

The total cost of Ruby’s surgical and medical treatment came to $4,797. “It was worth every penny,” Parkhurst says. Fortunately, the Parkhursts received a reimbursement from Ruby’s pet insurance policy, but her troubles weren’t over yet. Nursing Ruby back to health took time and patience. “Ruby spent three days recovering at the clinic. When we realized she wouldn’t eat, we had to take her back for another five days.”

Dr. Alan Schulman heads up the clinical staff where Ruby was treated for stomach torsion. Voted "Best Veterinarian" by Los Angeles Magazine, Schulman, who is the veterinary expert for the Animal Planet program “Who Gets the Dog” and the PBS series “The World of Dogs,” has been featured on Dateline NBC, 20/20, Fox National News and in Newsweek, and was “unofficially appointed” the veterinary expert for the state of California by then-Governor Arnold Schwarzennegger.

He and the skilled veterinary team at the Animal Medical Center specialize in advanced diagnostics, medical treatment and surgery.

He knows a thing or two about stomach torsion. Schulman wrote the chapter on the definitive treatment of the condition in the “Textbook of Veterinary Surgery” and his method for surgically treating stomach torsion still is being practiced today.

Catching stomach torsion early on is paramount to survival, says Schulman, who has operated on hundreds of dogs diagnosed with the condition. He wants pet owners to know they have other options besides putting down their dogs.

“In ‘Marley & Me,’ you see Marley suffering for days. I tell my clients that 95% of the animals surgically treated in a timely manner for gastric torsion will come through it. The key is getting the pet to the veterinarian for treatment as soon as symptoms appear.”

Symptoms of Stomach Bloat in Dogs

If you notice any of these symptoms, call your veterinary clinic immediately and let them know what the problem is and that you’re bringing in your dog for an examination; this way, they’ll be prepared to aid your pet quickly.

The amount of time it takes to diagnose a dog with stomach torsion will greatly affect the outcome, says Schulman. 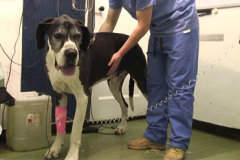 “Ideally, as soon as a dog is diagnosed, we’d like to treat him for shock first, provide necessary fluids then begin cleaning and prepping his abdomen as soon as possible. While this isn’t an easy procedure, your dog should be in and out of surgery within an hour.” Schulman says surgery, rather than manipulating or massaging a dog’s bloated stomach into place without surgery, is the best and the most permanent means to treat stomach torsion.

He also emphasizes that a dog’s stomach should be sewn to the body wall during surgery to prevent stomach torsion from recurring.

“Dog owners should definitely see a specialist or a general practitioner who handles this type of emergency frequently. Twenty years ago, the survival rate was 50-50. At that time, there was a different protocol for managing treatment,” explains Schulman. “Pet owners—or potential pet owners—who see ‘Marley & Me’ are going to walk out of the theatre with a misunderstanding. You can successfully treat this condition; a dog’s age has nothing to do with it.”

While there isn’t a clear answer why stomach torsion happens, Schulman says common factors leading up to the condition include:

While stomach torsion can occur in small dogs, it is predominantly seen in large breed dogs with deep chests (see right side bar for a list of breeds). It is also commonly diagnosed in male dogs over the age of 7.

Dr. David Reinhard, a consulting veterinarian for Nationwide pet insurance (formerly VPI Pet Insurance), agrees that large-breed dog owners should not become discouraged when it comes to dealing with the condition. “If you know your dog may be susceptible to bloat, discuss it with your veterinarian—there are steps you can take to try to prevent it from occurring.”

In addition to avoiding some of the possible causes that can lead to bloat, Reinhard suggests the following:

The Truth about Stomach Bloat

Many pet owners, such as the Parkhursts, have relied on pet health insurance to help manage their veterinary expenses. “We had two options when it came to Ruby’s diagnosis: put her down or perform surgery,” says Parkhurst, who is a Nationwide pet insurance policyholder. “It wasn’t a decision we had to think about—she was going to live.” Ruby did live—and has fully recovered.

Treating dogs for the condition has become more common now than ever before: In 2015, Nationwide pet insurance policyholders filed nearly $1 million in gastric torsion surgical claims. Of those, nearly 63 percent were for male dogs. Great Dane owners filed the majority of claims at nearly 19 percent, followed closely by those who own German shepherds, Labrador retrievers and golden retrievers. More than 63 percent of the claims were for dogs over the age of 5.