Films like “Old Yeller” and “Cujo” taught us that pets inflicted with rabies foam at the mouth and become madly aggressive, trying to bite anything—or anyone—that crosses their path.

While not common, your pet could become infected with the rabies virus. If this happens, the death of your pet is imminent. The good news: you can take preventive measures to protect your pet—and the rest of your family.

The Centers for Disease Control and Prevention reported that 4,454 cases of rabies in animals were reported in the U.S. and Puerto Rico in 2017, an 9.3 percent decrease from 2016. (Reports have not yet been released for 2018.)

Of those rabies cases, 276 were cats and 62 were dogs. The American Association of Feline Practitioners (AAFP) reports that since 1980, more cases of rabies have been reported in cats than in dogs in the United States.

Immunizing dogs and cats against rabies provides the only "buffer" between wildlife and humans. Coming into contact with wild animals who are not vaccinated increases the possibility of infection. If you have hunting dogs or dogs who accompany you on hikes and outdoor activities, it's in your pet's best interest to consider a rabies vaccination.

Rabies is a disease of all warm-blooded mammals and is universally fatal if an anti-rabies treatment is not carried out immediately. 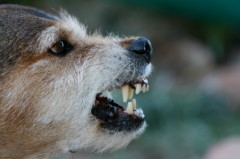 The transmission of rabies almost always occurs as a result of an infected animal biting a non-infected animal. The virus that causes the disease is spread by the saliva of infected animals. It travels through the nerves to the spinal cord and up into the brain, where it multiplies rapidly before spreading to other parts of the body, including the salivary glands.

The time between being bitten and developing disease can vary from a few days to months or, occasionally, years. After the virus reaches the brain your pet will show one, two, or all of the three different rabies phases.

This phase of rabies usually lasts for 2-3 days in dogs. Apprehension, nervousness, anxiety, solitude, and a fever may be noted. Friendly animals may become shy or irritable and may snap, whereas, aggressive animals may become affectionate and docile. Most animals will constantly lick the site of the bite.

In cats, the prodromal phase lasts for only 1-2 days and they usually develop more fever spikes and erratic behavior than dogs.

From the prodromal phase, animals may enter the furious stage; cats are particularly prone to developing this phase. The furious stage of the disease in dogs usually lasts for 1 to 7 days. Animals become restless and irritable and are hyper responsive to auditory and visual stimuli. As they become more restless, they begin to roam and become more irritable and vicious.

When caged, dogs may bite and attack their enclosures. Pets progress to become disoriented and then have seizures and eventually die. 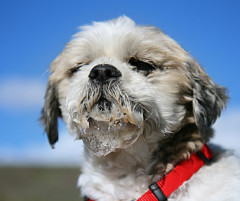 Nerves affecting the head and throat are the first to be involved and pets may begin to salivate as a result of their inability to swallow. Deep labored breathing and a dropped jaw may result as the diaphragm and face muscles become increasingly paralyzed.

Pets may make a choking sound and many owners think that there is something lodged in the dog’s throat. The pet will become weaker and eventually go into respiratory failure and die.

After coming in contact with the virus, the bitten pet may go through one or all of several stages. With most animals, the virus will spread through the nerves toward the brain.

The rabies virus is relatively slow moving and the average time of incubation from exposure to brain involvement is between 3 to 8 weeks in dogs, 2 to 6 weeks in cats, and 3 to 6 weeks in people. However, incubation periods as long as 6 months in dogs and 12 months in people have been reported. After the virus reaches the brain it then will move to the salivary glands where it then can be spread through a bite.

The current way to diagnose rabies in animals is to submit the brain for microscopic exam. Some new testing techniques utilizing skin and or blood samples are being studied and used in a few research settings and show promise as a way of testing potentially exposed humans and animals. They are not routinely being used at this time.

Protecting Your Pet from Rabies

Vaccinating your pets is the best way to prevent a rabies infection, and properly vaccinated pets stand very little chance of contracting the disease. 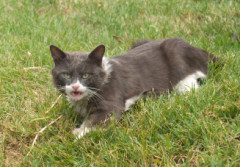 While rabies vaccination for dogs is mandatory for all states, it is estimated that up to half of all dogs are not vaccinated. At this time, mandatory vaccination for cats varies from state to state, despite that there are more reported cases of cat rabies than dog rabies.

According to the AAFP, cats are highly susceptible to rabies, most likely to be infected with the raccoon strain of rabies along the Atlantic coast and with a skunk strain of rabies in the Midwest.

The standard vaccination protocol is to vaccinate dogs and cats at four months of age and then again one year later. A three-year rabies vaccination is recommended thereafter.

While the three-year shot has been tested and shown to be very effective, some states or individual veterinarians require yearly or once every two-year vaccination. Make sure to discuss the appropriate vaccination protocol with your pet’s veterinarian.

While the risk of coming into contact with the virus is very low, it nevertheless does exist. 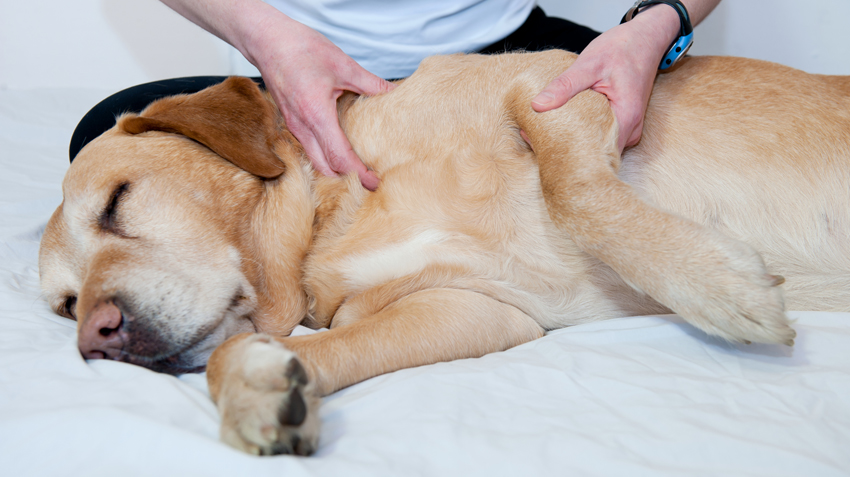 With the increase of natural healthcare and alternative therapies for animals over the pas...