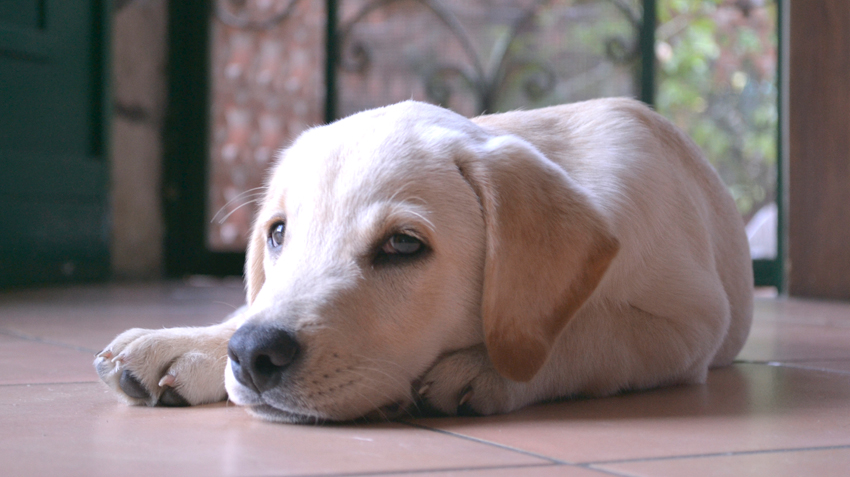 Understanding The Dangers From A Veterinarian's Perspective

Like toddlers, pets have a tendency to chew anything they can get into their mouths. This becomes a serious and potentially life-threatening problem if the objects are swallowed. An animal ingesting a long string or ribbon can develop a linear foreign body which is even more dangerous.

Where Do "Foreign Bodies" Get Stuck? 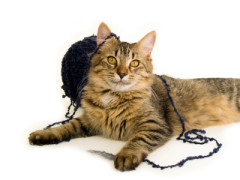 The digestive tract is essentially a long tube, passing food from the mouth, down the esophagus, into the stomach, through the lengthy small intestine, then forming stool in the colon and out the rectum.

It generally takes ingesta (all that is swallowed) from 10-24 hours to move through the entire digestive tract. Some objects, however, can actually remain in the stomach for longer periods of time, even months.

When objects are too large to pass, they usually obstruct at the stomach outflow or within the small intestine itself. With linear foreign bodies, the continual movement of the intestinal tract can literally bunch the intestines into an accordion-like mass.

If the foreign body has managed to move to the colon, it will probably successfully pass. But, defecating a sharp object may prove painful and may even need veterinary assistance. Never pull protruding objects from your pet’s rectum. If it is still lodged inside, you can cause serious damage to the internal tissues.

Animals with ingested foreign bodies generally do not feel well. They often stop eating and/or act depressed. Initially, some cases with intestinal foreign bodies may have diarrhea.

Most patients with digestive foreign bodies exhibit vomiting. If the object has not fully clogged the digestive tract, the vomiting may be intermittent. But with a complete blockage, the dog or cat will be unable to keep anything down, including liquids. The longer the blockage lasts, the more critical the animal’s condition becomes.

How to Diagnose Foreign Body Ingestion

In any medical issue, the first step is an examination by your veterinarian. Sometimes, feeling the abdomen may be enough to diagnose an obstruction. 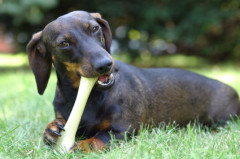 If your veterinarian suspects an intestinal foreign body, he or she will probably recommend x-rays. Though a cloth or plastic object might not be obviously visible, anything metal, rock, or bone will be seen on the x-ray.

In a complete obstruction, the radiograph might reveal the tell-tale ballooning intestines at the blockage, similar to the pressurized, tied-off water hose seen in cartoons. Linear obstructive patterns also may be detectable.

Despite having clinical signs, however, the intestines may not have enough changes at the time of initial radiographs to diagnose the intestinal blockage. These patients may require repeat x-rays or a contrast study. This may not be an option if the patient is not stable or is actively vomiting.

In contrast films, the patient is given a contrast agent to swallow and a series of x-rays are taken over several hours. These monitor whether the contrast material moves through the intestines in a normal period of time, or, if it lingers or even stops at a certain point.

Sometimes an ultrasound can also help in finding obstructions in the stomach or intestines.

More difficult obstructive cases may not be diagnosed with imaging. Based on the history, symptoms, condition of the patient, and test results, the veterinarian may even recommend an exploratory surgery to find the suspected obstruction.

If an intestinal obstruction has occurred, the dog or cat’s condition will decline. Repeated vomiting causes dehydration and electrolyte loss. This can severely weaken the patient.

The effect of the object on the gastrointestinal tract itself will also prove devastating to the body. The pressure of the foreign body against the intestinal wall together with the continued stretching or bunching of the intestines result in poor blood circulation to the tissues. This ultimately causes necrosis (dying off) of those tissues. In addition to being extremely painful, toxic enzymes release into the blood stream, initiating shock.

At this point, the patient is very critical. Without intensive intervention, this animal will die. With treatment, such patients can recover. Even the best of efforts, however, some may not survive.

The patient must first be stabilized with IV fluids/electrolytes, pain control, and, if appropriate - antibiotic therapy. Blood tests help guide the veterinarian in assessing the pet’s status and addressing his or her needs. 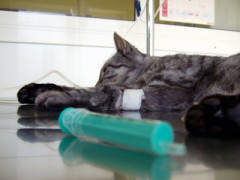 If lucky, the animal may still have the object in the stomach. On occasion, vomiting does actually produce the offending item.

Some foreign bodies in the stomach may be removable with an endoscope. This approach uses a long fiber optic tube via the mouth, potentially allowing the veterinarian to retrieve the object without surgery.

Unfortunately, once the article lodges in the intestine, only abdominal surgery can remove it.

After removal of the foreign body, the patient will need a period of hospitalization for continued monitoring and recuperation. Critical patients may require intensive care for several days after the surgical procedure. These are NOT patients to treat conservatively.

Dogs and cats maintain no more than a toddler’s level of sense for their entire lives. Certainly some have a stronger tendency to swallow foreign objects, but all have the potential.

Monitor your pet’s habits. Especially with puppies and kittens, keep small swallowable items picked up and out of their way. Discuss with your veterinarian appropriately sized chew toys, considering ALL the pets in your home.

Examine all chew toys and stuffed animals you offer your pets for small pieces that may be chewed off and eaten. Monitor the toys for damage. Discard any smaller remnants. Never leave strings or ribbons within reach of your pets – especially cats.

The sooner your pet receives medical attention, the better his or her chances of full recovery with fewer complications.