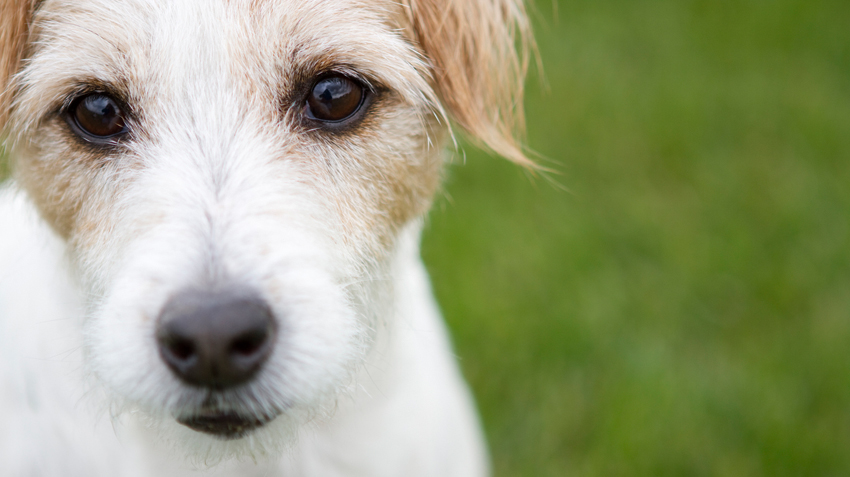 Quick Facts from a Veterinarian

Hyperadrenocorticism, also called Cushing's disease, is a hormonal disorder that affects dogs and cats, although the condition is more prevalent in dogs.

Commonly considered a disease of middle-aged pets, treatment should be viewed as a means to provide the pet a good quality of life as Cushing’s disease is very complicated, has a wide range of symptoms and is not curable.

What is Cushing’s Disease?

Simply put, Cushing’s disease is caused by an overproduction of cortisol, a type of steroid hormone that has many roles including managing blood sugar levels, blood vessel function and decreasing inflammation.

It may help to think of cortisol as cortisone (such as used in creams for rashes) or prednisone.

Why would the body produce too much cortisol? Bear with me as I get a little technical here!

PDH occurs due to a tumor of the pituitary gland that signals the adrenal glands to produce cortisol at levels higher than normal. In healthy dogs, the presence of high cortisol levels will suppress the pituitary gland from signaling cortisol production. This "negative feedback" does not occur in dogs with Cushing's disease. ADH typically occurs due to loss of regulation of cortisol production due to a tumor of the adrenal glands.

It takes a very committed and diligent owner to medicate and monitor their companions undergoing treatment with these drugs.

Not all pets with Cushing's disease have the same symptoms. Here are a few of the most common signs noted in Cushing's pets: 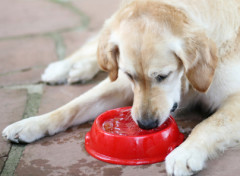 How is Cushing’s Disease Diagnosed?

Routine blood and urine tests often demonstrate changes consistent with Cushing's disease in pets. Further testing must be performed to confirm this diagnosis.

A variety of hormone-specific tests use the body's response to cortisol to determine if the dog is Cushingoid. Ultrasound of the adrenal glands can also be performed to evaluate for adrenal tumors. These are only some of the tests used to diagnose Cushing's disease.

While 75-85% of Cushingoid pets have PDH, it is important to distinguish between ADH and PDH as the treatments for each are different. 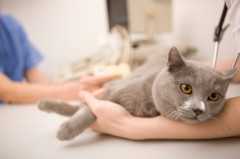 Once a diagnosis is made, treatment can begin. Two medications are used most frequently: Trilostane and Lysodren. Both act to kill the tissue of the adrenal glands responsible for production of cortisol.

It is important to understand that absolute cortisol deficiency can be life-threatening and thus one should have a healthy respect for both of these drugs.

It takes a very committed and diligent owner to medicate and monitor their companions undergoing treatment with these drugs.

If subtle appetite and behavior changes go unnoticed or unreported to the veterinarian, a pet can become gravely ill. Once you and your veterinarian have determined a medical plan for your dog or cat, you must be sure to let him or her know of any changes in appetite, thirst or attitude of your pet.

Close observation and frequent rechecks are the keys to maintaining good life quality in pets suffering from Cushing's disease.

Dr. Hawkins received her veterinary degree from the University of California, Davis and practices in Orange County, Calif., where she also works at local animal shelters. In addition, she is an advisory faculty member for aspiring veterinary technologists at California State Polytechnic University Pomona. Dr. Hawkins is an active member of the Southern California Veterinary Medical Association where she serves on the Board of Trustees.