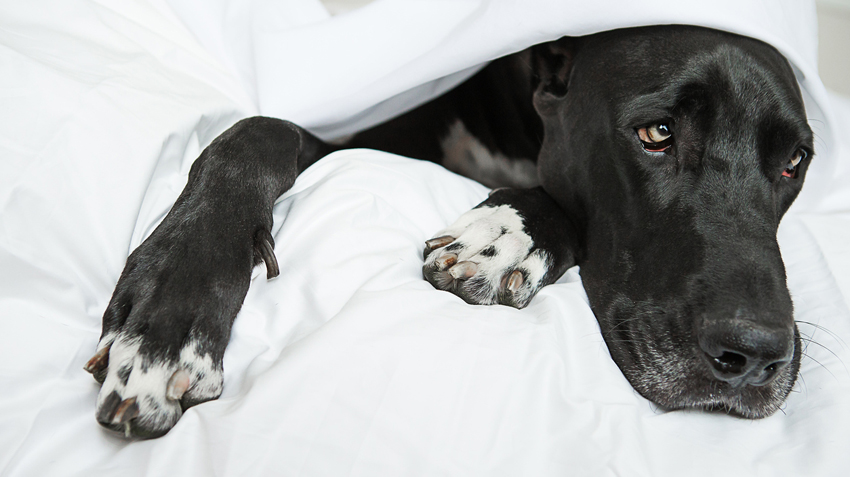 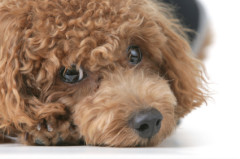 Veterinarians warned pet owners of a deadly outbreak of canine influenza during 2015, affecting more than 1,300 dogs in Illinois, Indiana, Ohio and Wisconsin. Veterinarians in San Diego and San Francisco have recently reported an unspecified number of canine patients with the flu. Six fatalities nationwide have thus far been documented. With as many as 15 cases of influenza being treated daily by one veterinarian, the outbreak is nearing "epidemic" proportions.

Experts explained that this strain of dog flu, H3N2, is one never before seen in North America, and veterinarians say the canine influenza vaccine has proven to be ineffective. Canine influenza, commonly known as strain H3N8, is a respiratory infection caused by a highly contagious virus that can lead to pneumonia. The virus easily spreads from one dog to another via air and/or contact with infected objects.

The Chicago Tribune spoke with Dr. Amy Glaser, a senior research associate with New York State's veterinary lab. "How it got there, I can't tell you," says Glaser. "This caught us a little by surprise, and we didn't expect to find this virus in the United States."

Where Does Canine Influenza Come From?

Canine influenza has been traced as a mutation from the virus causing equine influenza in horses. The initial infection began in Florida on a greyhound racetrack in 2004 (though some researchers suspect even earlier cases). It rapidly traveled through other dog race tracks, animal shelters, and veterinary facilities, reaching dogs throughout much of the United States before it was even truly recognized.

Because this is such a new infectious agent, most dogs have no natural immunity against this virus. Hence, the majority of dogs exposed will become actively infected. People can not get influenza from their pets, but it is highly contagious when dogs come into contact with one another. Veterinarians have recently disclosed that dogs can pass the infection to cats.

Dogs infected with canine influenza develop varying degrees of coughing, nasal discharge, fever, and decline in attitude and appetite. Indeed, initially these are the same symptoms seen with other upper respiratory infections, often referred to as “kennel cough.”

For those dogs that have only mild signs of canine influenza, they should recover within a week or two, though the cough may still persist for two to three weeks.

Some dogs, however, become seriously ill and may develop additional infections in the lungs. When these secondary bacterial infections occur, the resulting pneumonia may cause severe respiratory complications and even death. A hemorrhagic (bloody) pneumonia has become a hallmark to the fatalities of canine influenza.

Since many upper respiratory illnesses have similar clinical signs, it is difficult for the veterinarian to initially diagnose the cause. Canine influenza can be easily confused especially with bordetella, the bacterial “kennel cough.” The cough associated with canine influenza, however, often sounds more moist than bordetella’s dry cough.

Blood samples can be taken during and after the illness to identify the immunological protection the patient develops. Though, it may confirm the diagnosis, this process takes several weeks and certainly cannot impact the treatment plans during those first few days of illness.

The history, physical examination, and progression of the disease despite antibiotics and cough suppressants usually become sufficient for the veterinarian to make a presumptive “diagnosis” of canine influenza.

During the course of treatment, the veterinarian will need to perform a variety of additional tests. Chest radiographs, complete blood counts, and blood chemistries allow the doctor to assess the status of the patient’s condition and treat accordingly.

For dogs with only mild signs of canine influenza, they should recover within a week or two, though the cough may still persist for two to three weeks.

If you suspect your dog is showing signs of a respiratory infection, schedule an examination with your veterinarian as soon as possible. Rapid shallow breaths, unwillingness to lie down, or holding the elbows unusually extended away from the body are all indications of labored breathing. 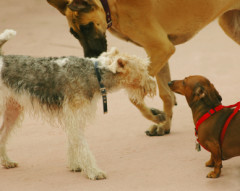 If you feel your dog is having difficulty breathing, treat it as an emergency. Contact your veterinary facility immediately for recommendations for the fastest assistance for your dog.

As with most mild cases of upper respiratory infections, the majority of dogs infected with canine influenza respond mainly to the “tincture of time.” Most infected dogs should recuperate within one to two weeks, with a lingering cough for an additional one to two weeks.

Unfortunately, antibiotics have no effect against viruses. Your veterinarian, however, may recommend antibiotics in hopes of preventing or reducing further complications. Your dog may also be prescribed cough suppressants for comfort. Keep your veterinarian updated if your dog is not improving within a day or two or if his health worsens.

If a dog develops the severe form of canine influenza and progresses to pneumonia, hospitalization with supportive care will substantially increase the chances for recovery. Intravenous fluids, antibiotics, and possibly oxygen therapy will be needed until the body can recover. Such intensive care may be needed for a week or more with full recovery taking another two to three weeks or more. Unfortunately, some dogs, regardless of treatment, may not recover and die.

Preventing canine influenza or any other “kennel cough” relies on the same principles as humans trying to avoid the common cold. Prevention depends on minimizing exposure to the virus. Unfortunately, infected dogs can be contagious to others even several days before showing signs themselves. This makes prevention even more difficult.

The canine influenza vaccine has been shown to control the spread of H3N8 influenza and minimize the impact. This effective and safe vaccine, Nobivac® Canine Flu H3N8, is licensed by the USDA and can be provided by your veterinarian. Since it is not considered a "core" vaccine, it has been recommended to give to dogs with regular exposure to other pets, whether at home, at a doggie daycare facility, takes daily visits to a dog park, or if the dog has plans to stay at a boarding facility. The vaccine has shown a reduction in the spread of the disease and the severity of symptoms, including complications such as pneumonia. It is important to note that the canine influenza vaccine does not prevent dogs from contracting the disease.

One of the obvious, but, most effective preventive is to keep your dog away from other dogs exhibiting obvious signs of a respiratory illness — coughing, sneezing, nasal discharge. Always wash your hands and, if you suspect infection, perhaps even change your clothes after you have handled another dog. Do not let your dog or cat contact any items that may have been exposed to an infected dog.

Dogs should be isolated for 10 days after symptoms disappear.

Bleach or any kennel approved disinfectants can be used to effectively clean areas against the canine influenza virus.

In addition, follow your veterinarian’s guidelines for more preventive measures that may be pertinent to your area and/or your specific lifestyle.