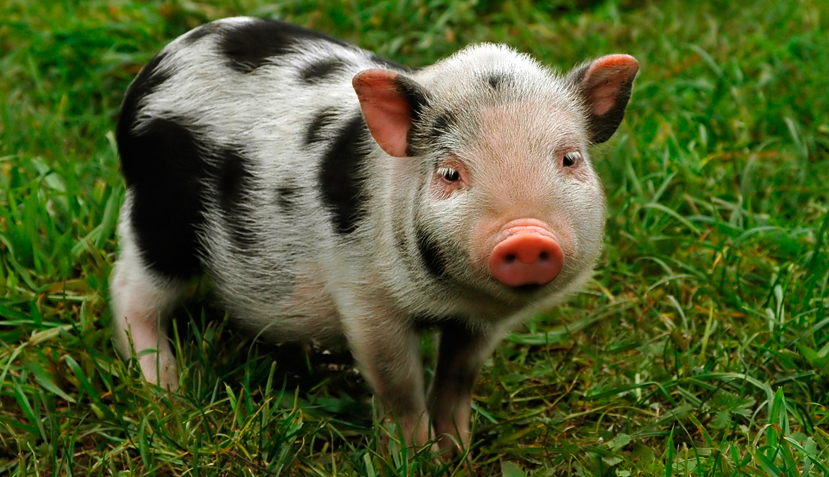 They’re super cute and love to snuggle and can make excellent house pets. But for those who buy a teacup pig thinking they’ll be able to tote their adorable pet in a designer carry bag dressed in a cute outfit, think again.

These teeny porkers blossom into larger pets, weighing anywhere from 45 to 200 pounds. While considerably smaller than the average 1,000 pound pig, teacup pigs may surprise some unsuspecting owners with their girth.

The Dirt on Pigs

According to experts, pigs are one of the smartest and cleanest domestic animals. Pig cognition studies have proven that pigs are quick learners — as quick as chimpanzees — and can memorize routines, learn tricks (jump hoops, bow and stand, spin, roll, play video games with joysticks and more) and be potty trained.

More so, pigs are friendly and get along well with cats, dogs and children, making them an ideal companion for families readily prepared to welcome an exotic pet into their home.

Pigs, however, don’t have an “off” button when it comes to eating. Unable to determine when they’ve had enough food, it’s an owner’s responsibility to maintain portion control when it comes to meals — and keep food (even packaged products) out of reach in the home.

What to Know Before Buying a Teacup Pig 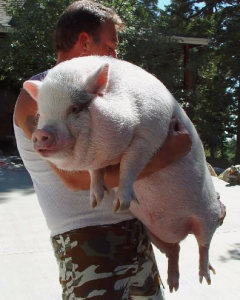 Before you decide to pay hundreds of dollars — if not thousands — to a pig breeder advertising miniature piglets at your local farmer’s market, do your research.

Due to the current trend for teacup pigs — amplified by pig-loving celebrities photographed with their snuggling swine — quick-thinking con artists are baiting potential owners by falsely presenting potbellied pigs as “teacup,” “miniature” or “micro mini” pigs. Those cute piglets can cost between $1,200 and $6,500 a pop and can weigh a whopping 200 pounds once they mature.

While they may weigh nine ounces at birth, true miniature piglets can grow to an average 65 pounds when adults — not the promised maximum 25 pound weight guaranteed by some breeders.

An experienced, reputable breeder will recommend that potential buyers meet the pigs that are being bred so that they’ll have an idea of how big the piglets will become.

Finding an established, reputable teacup pig breeder can be done easily online. A reputable pig breeder will have bred generations of pigs and will have been in operation for some time. Avoid backyard, mom-and-pops breeding mills. 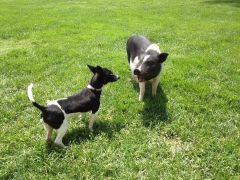 The Pig Pen breeds mini, teacup, Juliana and micro mini piglets on their farms in Newton Falls, Ohio, and Redding, Calif., and follows a strict breeding program: Lots of TLC, routine veterinary checkups, vaccinations and deworming, and a daily cookie treat. Male piglets are neutered prior to being taken home.

Co-owner Caroline Lorimer wants potential pig owners to understand the commitment they’re making before they take a pig home. “A pig isn’t right for everyone,” she says. It’s important, she stresses, that owners realize their adorable piglet won’t grow to its full size until three to four years of age.

The Pig Pen offers tours to potential owners at both its farms so they can meet all of the pigs in the breeding program. Seeing an adult mini pig — especially the parents to newly born teeny piglets — helps manage expectations when it comes to a fully grown pig’s size.

“I often compare one of our one-year-old mixed Juliana pigs with my mother’s papillon dog,” says Lorimer. “Side-by-side, the dog and the pig look like the same size — as far as their height and length go.” The difference, adds Lorimer, is that the pig weighs 30 pounds while the dog is only seven pounds.

“Pigs weigh more than they look. A reputable breeder should be able to tell you the average height and length of their adult pigs,” advises Lorimer. “This should give owners perspective of what to expect down the road.” 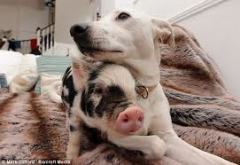 As most trends go, what is popular today may not be popular tomorrow: Due to the numerous amounts of abandoned adult miniature and potbellied pigs, shelters and rescue groups have formed to help find new homes for them. If you're considering adding a teacup pig to your family brood, there are many socialized, housebroken pigs currently living at shelters and sanctuaries waiting to be adopted by loving families.

“If an owner falls on hard times due to unforeseen circumstances, or they can no longer care for a pig, we’ll take back the pet and find a new family for it,” says Lorimer. A non-abandon clause is written into the Pig Pen buyer’s contract to prevent pigs from being sent to a shelter.

Along with The Pig Pen, rescue groups like Lil’ Orphan Hammies have taken in abandoned and/or abused pigs and helped them find suitable homes. Located in Solvang, Calif., Lil’ Orphan Hammies offers miniature and potbellied pigs a spacious sanctuary on five-acres of land where they can nap under trees and play to their hearts’ content.

While some of the abandoned pigs are available for adoption, others have found a permanent home at Lil’ Orphan Hammies due to the nature of their health or age.

Caring for Your Teacup Pig

Teacup pigs, like other pets, require a serious commitment with a loving family. If properly cared for, teacup pigs can live 15 to 20 years. Overfeeding can lead to obesity and ensuing arthritis issues — just as with dogs. 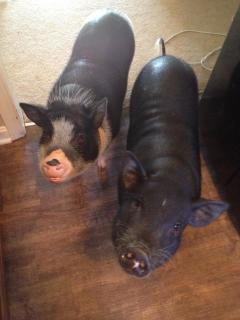 Paula Postlewait lives near Louisville, Ky., with her two pigs, Sammie and Sophie. "We had a scare with Sophie when she was four months old; she developed lesions on her back that made her back legs temporarily paralyzed for 15 to 20 seconds at a time. It's a condition called dippity pig and it comes on quickly and usually lasts only 24 hours. I jokingly asked my vet about pet insurance and was surprised to find out I could actually get it for both girls."

Postlewait, a Nationwide pet insurance policyholder, takes Sammie and Sophie to an exotic pet veterinary clinic for annual vaccinations and had both pets microchipped.

"We're careful to watch how much they eat every day and we make sure to take them for walks on their harnesses," says Postlewait, who quickly realized her "teacup" pigs were potbellied pigs and growing very fast. At two years of age Sophie weighs approximately 100 pounds while Sammie recently registered 86 pounds on the scale.

"They're absolutely the best pets I've ever had," says Postlewait, who describes Sammie — whom she adopted from a rescue group — as the ultimate bed hog who loves to snuggle. "I hope they do live 20 years because I don't know what I'd do without them."

Be sure to ask your family veterinarian if he or she treats exotic pigs such as potbellied, miniature or teacup varieties. Depending on where you live, you may have to find a large animal veterinarian. Routine checkups will help maintain your teacup pig’s quality of health.

It’s also important to make sure before you adopt or buy a teacup pig that your home is zoned for pig ownership. 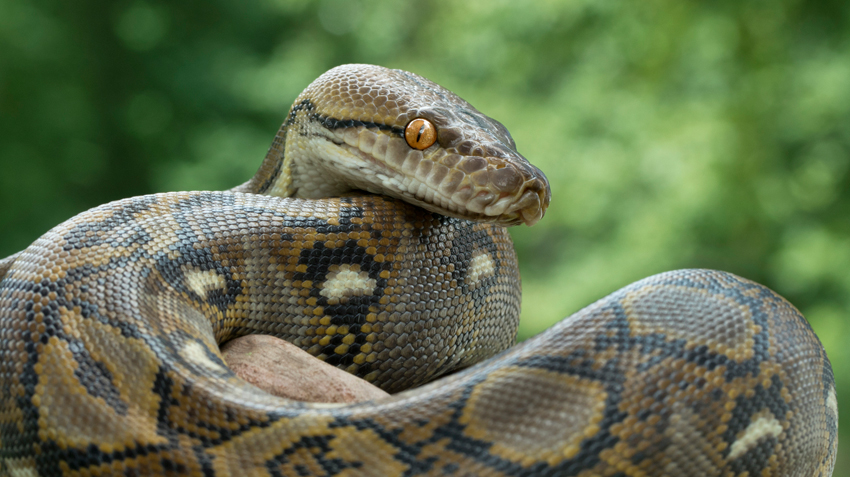 Ball pythons, named due to their tendency to roll themselves into a ball and hide when fri...