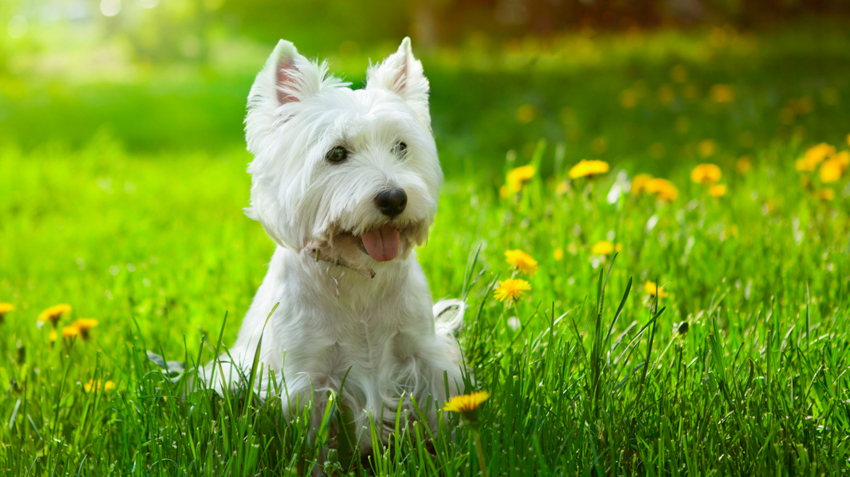 The West Highland white terrier, a small but spunky breed known for its white coat and puffy haircut, originated in Poltalloch, Scotland. The breed had been bred and maintained for more than 100 years before its first appearance at a dog show in 1907, at which time it was known as the Roseneath Terrier. The name was officially changed in 1909.

The breed was recently ranked 33rd out of 125 in a popularity ranking, according to justdogbreeds.com.