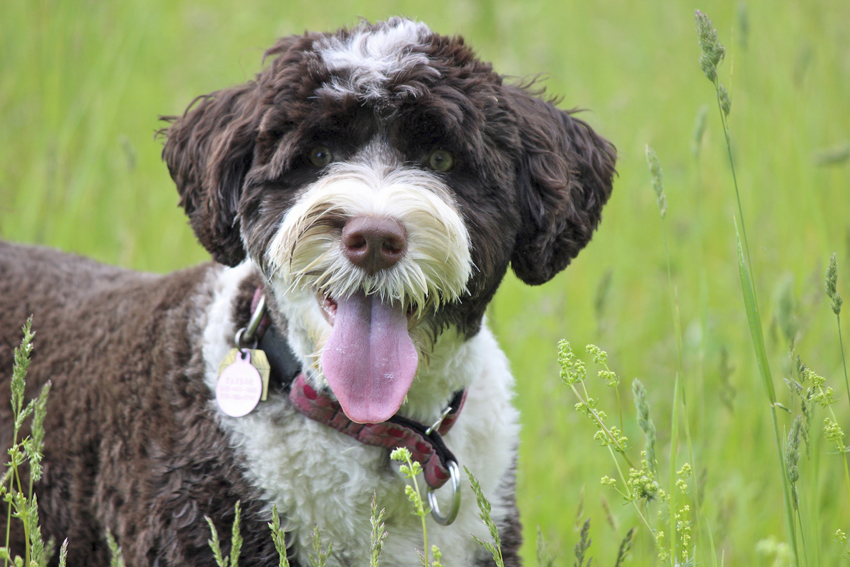 The Nation’s "First Dog" is an In-Demand Breed

"Bo," the Portuguese water dog adopted last year by the Obama family, recently had his official White House portrait taken on the South Lawn, where he posed patiently.

The new family pet  was given to President Barack Obama and his family as a gift from Senator Ted Kennedy, who took in the dog when its previous family decided they could no longer care for him. Bo was affectionately named after the First Lady's father.

Both the Obamas and Kennedy are fans of this rare dog breed, perhaps for some of the same reasons the breed's popularity has grown in recent years: a good-natured personality, its medium size build and a non-shedding, hypoallergenic trait.

Should a Portuguese water dog be the chosen breed for the presidential family, it will not be its first time in the spotlight. Senator Ted Kennedy is the proud owner of two Portuguese water dogs: Sunny and Splash. In fact, Splash is featured as the narrator in Kennedy's children's book, My Senator and Me: A Dog's-Eye View of Washington, D.C.

Extremely likeable, loyal and playful, bringing a Portuguese water dog to the White House would undoubtedly be an easy decision. The hard part: choosing a presidential-worthy name.