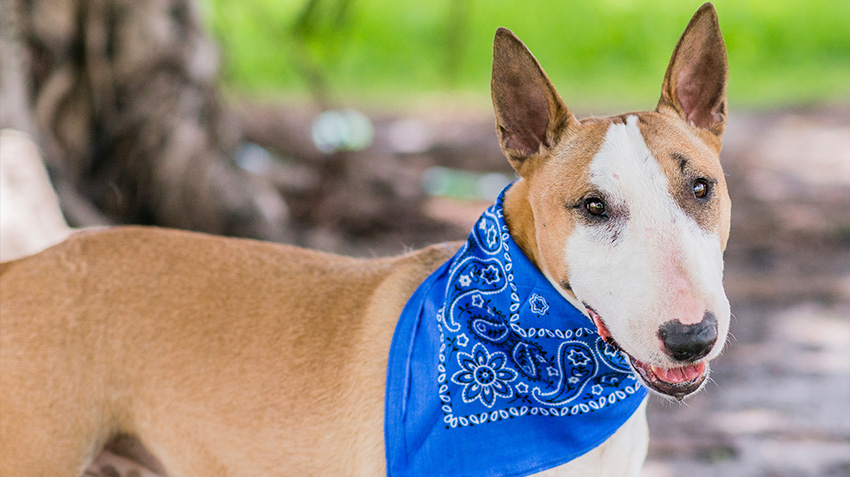 Gladiators of the Canine Race

Retail giant Target may have inadvertently re-launched the bull terrier into our pop cultural stratosphere when they introduced “Bullseye,” the white bull terrier with the company’s trademark red bullseye logo painted around the left eye, in a 1999 TV commercial.

Bullseye became an instant hit, and the bull terrier breed saw a surge in popularity. In 2006, Bullseye became the second dog ever to have his likeness displayed in the famed Madame Tussaud’s Wax Museum. The breed, meanwhile, remains a popular choice for pet owners nationwide.