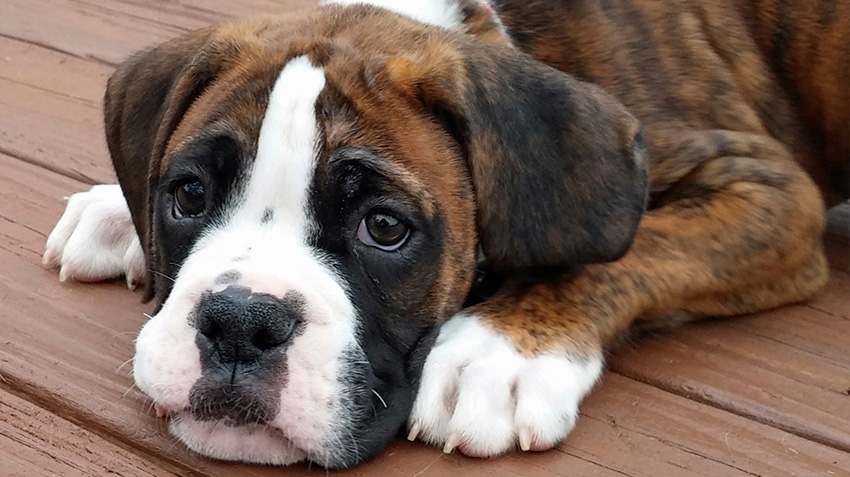 A Playful, Curious Breed That Lives Up to Its Name

The boxer dog, a muscular, short-coated breed with a distinctive square head has had a place in the hearts of owners for decades. The boxer’s strong body and gentle, playful spirit are a great combination.

The boxer got his start in Germany; his ancestors are the Bullenbeizer and the Barebeizer, both powerful breeds. Later, the boxer was crossed with ancestors of the mastiff and the bulldog. The boxer was a popular “working” dog, often used to round up livestock. Today, the boxer still shows his ability to work by serving as a police or military dog.

And what about his name? It is said that his moniker is a testament to his playful and curious side. You’ll notice that your boxer uses his front paws for just about everything. He’s likely to paw at his toys and food in a cat-like way. He also likes to jump up and motion with his front paws, making him look like he’s actually boxing, and hence the name.

The boxer makes a terrific family dog. His smarts, strength and sensitivity appeal to a wide-range of dog lovers. The boxer will play with you, protect you and provide you with devoted companionship throughout his lifetime.