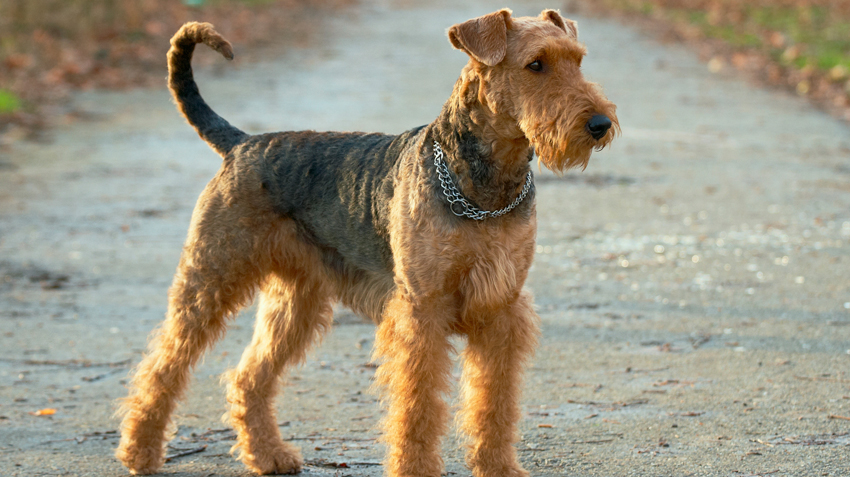 The Airedale terrier burst onto the scene in the 19th century. He gained fame in World War I, when he served in both the British and German armies. The Airedale was used as a messenger, and was cherished for his ability to sustain injuries and still deliver dispatches. As an ambulance dog, he saved lives by helping to locate wounded soldiers on the battlefield.

The Airedale’s heroic history translates wonderfully to a home environment. Families adore the Airedale for his loyalty and intelligence.

King of the Home

An Airedale has a distinct personality that truly makes him seem like a family member. He is unwavering in his loyalty. He loves to interact with his owner, so be sure to include him in your family activities. On average, Airedales live to be 10-12 years old. In those years, you’ll have a companion that will protect and love you as much as you do him.