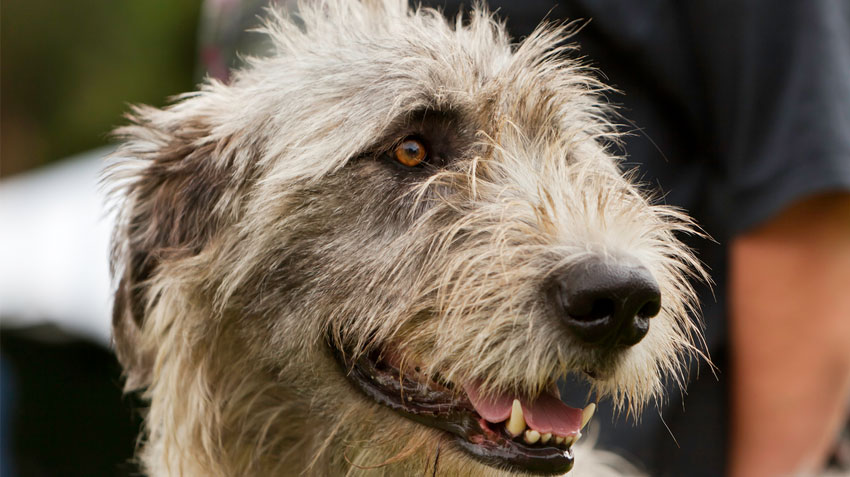 Not All of These Lucky Canines Are Well Known

Ireland is famous for its Guinness beer, the shamrock and the Celtic cross, Blarney stone and beautiful ancient castles.

Halloween can be traced back to the Gaelic festival of Samhaim, which later became known as the All Saints Day. Bram Stocker, author of the world-famous story of Count Dracula (based on an evil Irish chieftain), was from Ireland.

And, of course, St. Patrick’s Day is an international celebration of the patron saint of Ireland, Saint Patrick.

But what about the dogs of Ireland? How many of these Irish dog breeds can you name? 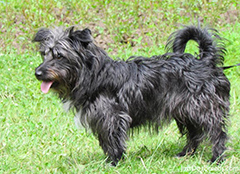 Sometimes called the Irish Glen of Imaal Terrier or the Wicklow Terrier, most owners simply call the breed "Glen."

Per its namesake, the breed originates from the Glen of Imaal in County Wicklow, Ireland, where it came into existence during the reign of Elizabeth I. Bred to hunt rats, foxes, badgers and otters, the terrier is also a good herder and is known to be a quiet dog.

The Glen of Imaal terrier nearly faced extinction in the late 19th century. Due to revival efforts during the early 20th century, the breed survived but is today one of the rarest dog breeds and the least-known Irish breed. 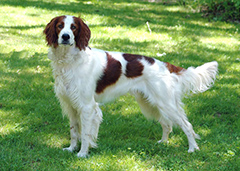 Up until the late 19th century, all Irish setters were mainly red, although some setters were born with a spattering of white color and some with an entirely white coat. The breed was categorized as one until 1875, when a large amount of solid red setters were entered into a conformation dog show and gained a great deal of attention. As the popularity of the red setter increased, the quantity of red and white colored setters began to decrease, almost to the point of extinction.

Breeders in Ireland have kept this little-known breed alive; today, the dogs are accomplished hunters of game birds such as quail, willow grouse, sand grouse, guinea fowl, sagehen and francolin. 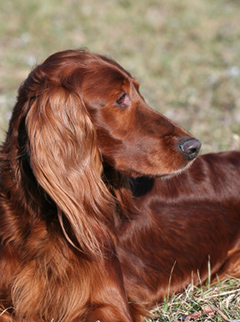 A popular dog breed in the U.S., there is much speculation about the origins of the Irish setter. Its ancestry can be traced to a dog known as the setting spaniel, and crosses were made with pointers, English setters, Gordon setters and other spaniels.

Though the Irish setter is not as in demand as it was at the height of its popularity in the 1970s, it is still a sought-after breed because of its exuberant personality and beautiful appearance.

These dogs have an outgoing, fun-loving personality and can make excellent companions with the proper training. 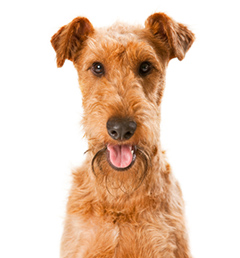 The Irish terrier is considered a terrific family companion — good natured with children (especially active ones), and is entertaining and playful.

Irish terriers are always ready for a spirited adventure and are known to be courageous, loyal and energetic. 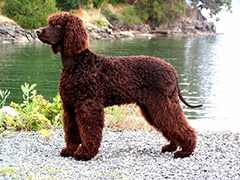 One of the oldest spaniel dog breeds, the Irish water spaniel is considered rare today, in terms of how many are registered.

A native to Ireland going back 1,000 years, the Irish water spaniel is the subject of folklore, believed to be a descendant of the Dobhar-chú, a water hound that is a cross between a dog and an otter. The Irish water spaniel is known for its intelligence and its unusual purple-hued, curly fur coat. Also unique to the breed: its "rat like" tail, which is hairless. While the dog's body is covered in dense curls, is face is completely smooth.

The Irish water spaniel is also the largest of spaniels, weighing, on average, between 55 and 65 pounds. The breed has a rugged build and webbed feet, contributing to its excellent swimming skills. 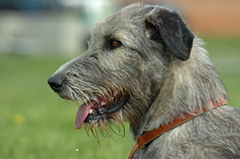 With its large size and shaggy coat, the Irish wolfhound is a somewhat intimidating-looking dog. Don't judge a book by its cover: The Irish wolfhound has the grace and speed of a greyhound, the gentle, loyal nature of a Great Dane, and the protectiveness of a mastiff.

While speculation exists that the breed was brought to Ireland by early settlers in 3500 BC, historical accounts — one written by Roman emperor Julius Caesar — describe Irish wolfhounds fighting alongside Celts in the Gallic Wars during 391 BC. What is known is that the dog was originally bred to be a war dog, and a trained guardian of homes and Irish livestock. The Irish wolfhound's speed and intelligence made it ideal for hunting, particularly wild boar and wolves, a result of which both remain extinct to this day in Ireland.

As companions, the breed began living side by side with their owners and became further domesticated; today the Irish wolfhound is considered a popular family companion. 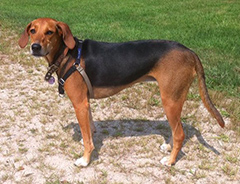 nother Irish dog breed that nearly faced extinction: the Kerry beagle, one of Ireland's oldest hounds. Many believe this breed is a descendant of the Celtic hound, a Gaelis Irish legend depicted in artwork dating back to the 17th century. The oldest Kerry beagle pedigree can be traced back to 1794.

The Kerry beagle was bred as scent hound to track game. Today, the breed is used to hunt foxes. 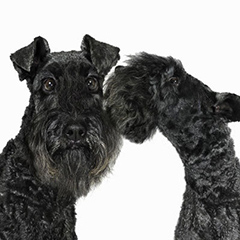 Discovered in the Kerry Mountains in Ireland during the 19th century, the dog became well-known as a good all-around farm dog in rural areas of Ireland. Despite winning Crufts (the largest international dog show held annually in the United Kingdom) in 2000, the breed remains relatively unknown today and not very popular.

The Kerry Blue terrier has a distinct soft, wavy coat that does not shed. Born with a black fur coat, the dog's coat gradually turns into one of several shades of blue-grey by two years of age.

Interesting fact: A Kerry blue was the first dog registered with the Irish Kennel Club. 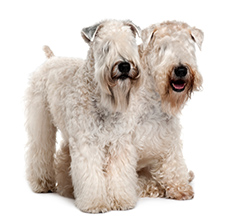 Commonly referred to in Ireland as the "poor man's wolfhound," this breed is also known as the Irish soft coated wheaten terrier, the wheaten, and the softcoated wheaten terrier. Bred as an all-purpose farm dog during the early 1800s, today the breed is skilled in obedience, agility and tracking.

Like the Kerry blue terrier, the wheaten terrier does not shed any hair. Puppies are born with a darker coat (either red, brown, white or mahogany), which gradually turns white and then matures into a wheaten color as they age. The breed's coat can be one of four varieties: traditional Irish (thin and silky), American (thick and woolly), English (loose curls or waves) and heavy Irish (a combination of Irish, English and American).

Highly intelligent, the wheaten is easy to train, loves people, and socializes well.