5 Things You Didn't Know About Yorkies 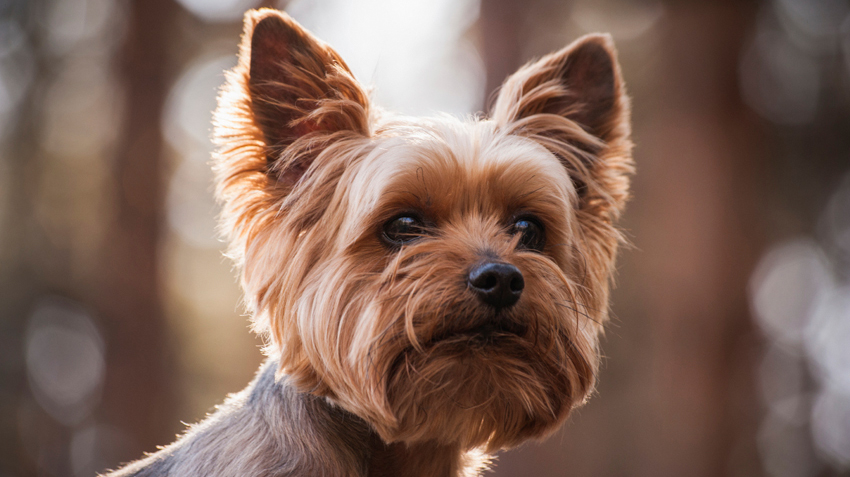 Small Dog with a Big Personality

Bred to hunt mice and rats, the Yorkshire terrier left the cotton mills and mines in the mid-1850s to become a popular lap dog, embedded within families and cherished for its bravado, loyalty and effusive affection.

Here are five things you may not have known about Yorkshire terriers.

The Yorkshire terrier was created by way of several different dog breeds: the Paisley terrier (a smaller version of the Skye terrier which was breed for its long silky coat), the Maltese, and the Scotch terrier, a breed from Scotland not to be confused with the Scottish terrier. 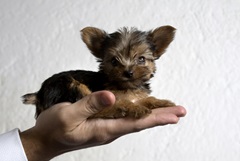 In 1945, a Yorkshire terrier in England named Sylvia was named the smallest dog, weighing a mere 4 ounces, standing tall at 2 ½ inches, and measuring 3 ½ inches from snout to tail. Sylvia’s record has held strong for 70 years as the smallest dog ever recorded.

In July 2015, actor Johnny Depp and his then-wife, actress Amber Heard, were slapped with dog smuggling charges after bringing their two Yorkshire terriers, Pistol and Boo, into Australia on a private jet — and filing a falsified document.

Australia enforces strict penalties when it comes to disobeying their importing and exporting laws, which are in place to protect the country's biosecurity. Potential penalties: up to 11 years in prison and fines of up to $63,000 if the maximum sentences were imposed on all three charges.

Both Depp and Heard issued a videotaped apology in April 2016 for failing to declare their two dogs, who were at risk of being euthanized when the crime took place. Heard plead guilty to falsifying a document; the two other charges of illegally importing her dogs were dropped and it's likely Pistol and Boo — and their parents — won't be returning to Australia any time soon. 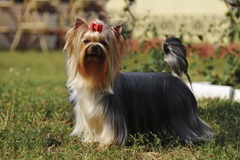 Did you know there are more Yorkshire terriers in New York City than anywhere else? So many, in fact, that Yorkie owners attempted to organize the largest gathering of Yorkshire terriers on September 14, 2013, calling it Yorkie Day.

Perhaps they weren’t aware that a Pennsylvania rescue group called Save a Yorkie Rescue has an annual Yorkie Day on September 13 to raise money for their kennel, which has thus far saved the lives of more than 2,500 Yorkies and Yorkie mixes.

The most common health conditions for the Yorkshire terrier breed, based on Nationwide pet insurance policyholder claims in 2015 are, in order of pervasiveness:

It’s worth noting that Yorkshire terriers may have an increase in problems with their teeth if their baby teeth do not fall out as the adult teeth grow. This can lead to a bad bite and tooth decay. As with other small dog breeds, Yorkies are prone to severe dental disease, as noted in the list above. Make sure to take your Yorkshire terrier in for routine dental checkups.