5 Things You Didn't Know About Pugs 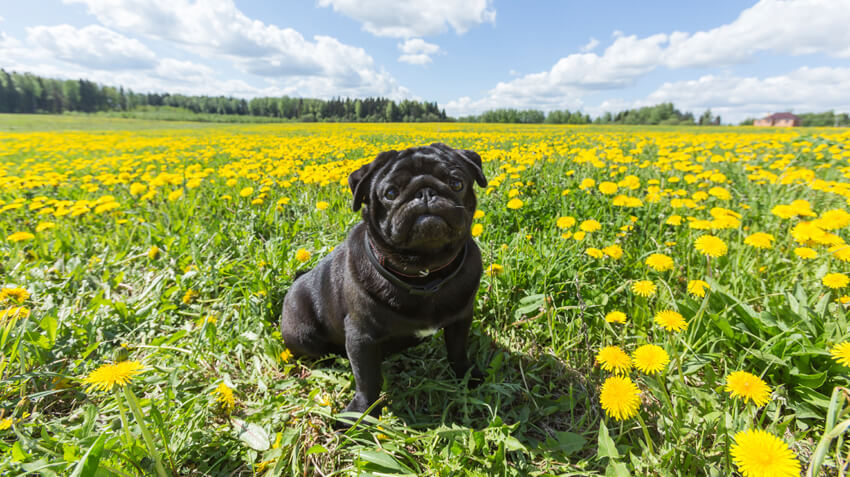 "Multum in parvo,” a Latin term meaning “a lot of dog in a small space,” is sometimes used to describe pugs, with their extensive wrinkly skin and large, expressive eyes. And, if you own a pug, you know firsthand these pups have a larger-than-life personality.

Here are five things you may not know about pugs.

We know the collective noun for a group of dogs is called a “pack.” Did you know a group of three pugs or more is called a “grumble”? Somehow, this seems quite suitable for this expressive, vocal breed of dog.

2. Pugs are a Really Old Breed

The pug was a favorite of ancient Chinese rulers, bred specifically to be lap dogs during the Shang dynasty in 400 BCE. Even Confucius made reference to the breed, writing about a "short mouthed dog" in 551. As their popularity grew, the pug became the companion of choice for Buddhist monks in Tibet, then for families in Japan and Europe.

During the 16th century, the pug was imported to the Netherlands by the Dutch East India Company and from there, their popularity spread to England, France, Spain and Italy.

The royal monarchy of Netherlands adopted the pug as the official family dog during the late 1500s after "Pompey” thwarted Prince William of Orange’s assassination by Spanish troops with his incessant barking. Today, the prince's faithful companion is immortalized along with him: Pompey is carved at the feet of the William the Silent monument.

Other noble pug owners include Queen Victoria, who reigned over the U.K. and Ireland during the 1800s along her pack of pugs—including her favorite "Basco," and Empress Josephine Bonaparte, whose faithful pug "Fortune" slept in bed with her and Napoleon Bonaparte.

Many mistakenly think pugs catch colds more often than other dog breeds due to their short noses. In fact, they don’t, their symptoms are just more noticeable due to their facial structure. Pugs often have a lot of congestion and therefore many related noises such as snorting, wheezing and stronger snoring than usual.

It’s important to take note when you think your pug has a cold because it could actually be allergies. The symptoms are very similar. Brachycephalic dog breeds should be closely monitored when it comes to allergies because, if left untreated, they could develop a respiratory infection. 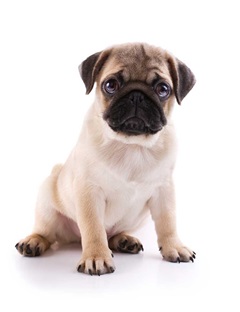 The most common health conditions for pugs, based on Nationwide pet insurance policyholder claims are, in order of pervasiveness:

Also, while your pug’s wrinkly face is really adorable, it does require routine care: Clean regularly between the wrinkles to prevent infection and bacterial growth.