5 Things You Didn't Know About Poodles 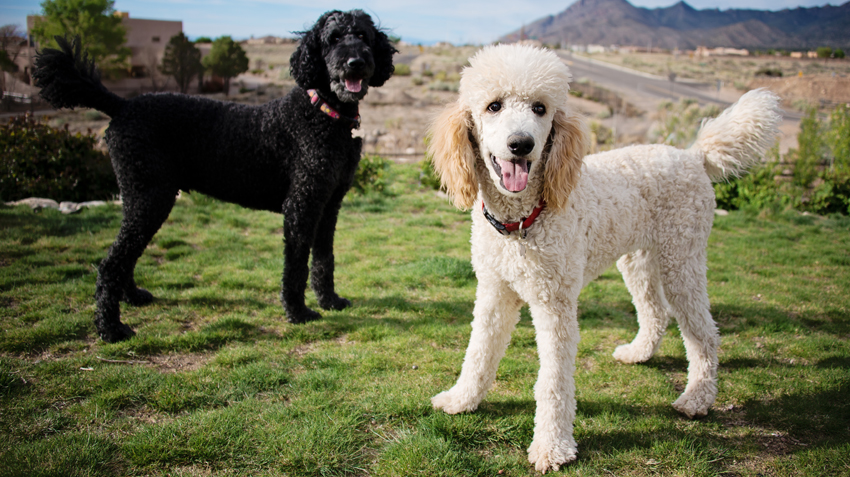 Frequently noted as one of the most popular dog breeds in the U.S. (if not the world), the poodle has been a mainstay for a long time. A very long time, as it turns out. This refined and elegant dog breed (sometimes characterized in pop culture as a snooty dog) has a surprising background.

Here are five things you may not have known about poodles.

Ancient Roman coins depict images of the poodle, where the breed is featured rather prominently on the republic’s coins. Ancient Greek coins also feature poodles (historians believe these coins are even older). Can you imagine poodles frolicking in St. Peter's square?

While the poodle is recognized as the national dog of France, the modern-day breed actually hails from Germany.

In fact, the name "poodle" originally comes from "pudle" pr "pudelin" which means "splash in water" in German. In France, poodles are called "caniche," from "chien canard," meaning duck dog.

Poodles were bred to be working dogs. These athletic dogs are actually excellent swimmers and were used by hunters to retrieve birds from the water. Trained to have a “soft mouth,” they gently pick up wounded or dead game and retrieve them for the hunters. In fact, the habit of shearing the poodle's dense coat into the classic cut we've grown accustomed to came from a need to prevent the dog from being weighed down by its heavy coat but also keeping the dog warm while in frigid water.

4. How Many Types of Poodles are There?

The most common health conditions for the poodle breed (including standard, miniature, teacup and toy), based on Nationwide pet insurance policyholder claims in 2016 are, in order of pervasiveness: