5 Things You Didn't Know About Pomeranians 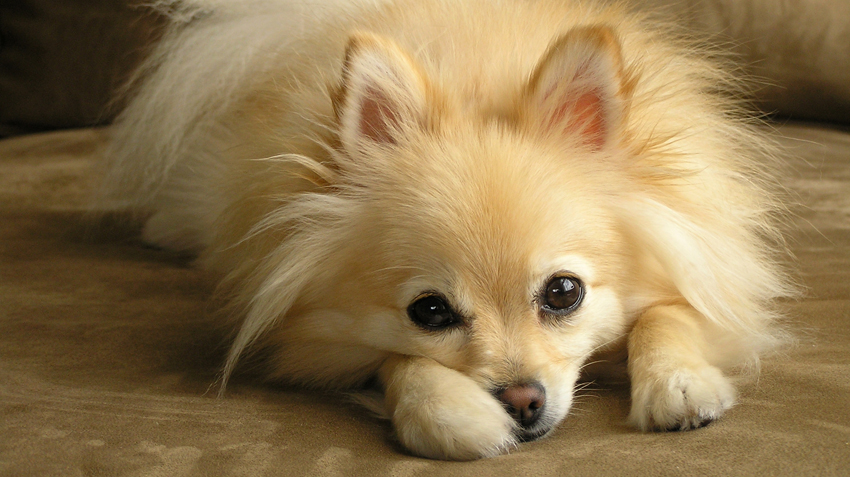 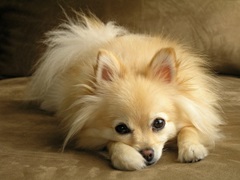 Pomeranians, affectionately known as Pom Poms, are a popular toy breed with a feisty and inquisitive personality.

Here are few things you may not have known about Pomeranians.

Although named for the Pomerania region in Central Europe, the Pomeranian is actually a descendant of a large working dog from the Arctic (that thick double coat really was necessary), the German spitz.

The spitz group, which includes Akitas, Huskies, Malamutes and Samoyeds, typically has thick dense fur, pointed ears and muzzles, and puffy tails that curl up and over their lower back.

Pomerania became the breeding ground for the original Pomeranian dogs, which used to weigh 30 to 50 pounds. 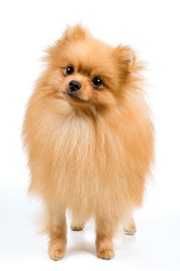 The Pomeranian’s popularity soared during the 18th and 19th centuries thanks to Queen Charlotte (1744-1818) and Queen Victoria (1819-1901). Queen Victoria, who was quite fond of the breed, asked for her favorite Pomeranian, Turri, to be laid upon her deathbed as a last request.

The British royal family heavily influenced the breed’s evolution, establishing a large breeding kennel and setting breeding standards. Interestingly, the size of the Pomeranian decreased 50% during the Queen Victoria’s reign. In modern times, the standard weight for the breed has averaged four to seven pounds.

Did you know three dogs aboard the Titanic survived the sinking vessel in 1912? Two of those lucky pups were Pomeranians.

A Pomeranian called "Lady" escaped with her owner in a lifeboat, while Elizabeth Barrett Rothschild, in another lifeboat, hid her Pomeranian under her jacket in order to save the dog’s life. 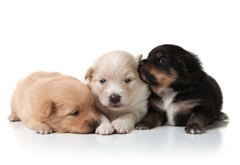 The most common Pomeranian colors are orange, black or a combination of cream and white.

The most common health conditions for Pomeranians, based on Nationwide pet insurance policyholder claims are, in order of pervasiveness: