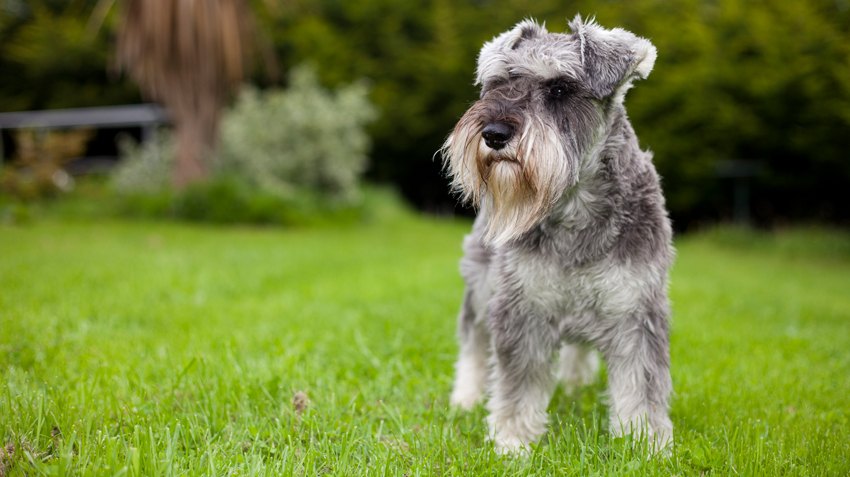 Small Dog Has a Distinct Appearance and Personality

The miniature schnauzer is one of America’s most popular dogs, currently ranked at No. 18 on the American Kennel Club’s most popular breed list. Friendly and active, this breed enjoys the outdoors, playtime and hanging with its people.

Here are five things you may not know about the miniature schnauzer.

Did you know there are three types of schnauzer breeds that are commonly mistaken as one? The miniature schnauzer, standard schnauzer and giant schnauzer are a terrier type of breed that originated in Germany during the 15th century (think: Joan of Arc, the War of the Roses, and Christopher Columbus’s arrival in the Americas). “Schnauzer” means “mustache,” a nod to the breeds’ trademark bearded snout.

The three breeds do share a resemblance with the exception of their noted variation in size. The original schnauzer was crossbred with the poodle and the affenpinscher in the mid-19th century (think: the American Civil War) to create the miniature schnauzer.

2. One of the Smartest Dog Breeds 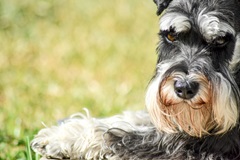 Considering there are roughly 350 recognized dog breeds in the world, ranking No. 12 on the quintessential dog breed intelligence list† most certainly means the miniature schnauzer is super smart.

Under testing, the miniature schnauzer understood new commands after five to 15 repetitions and obeyed a command 85 percent of the time or better. Maybe now would be a good time to consider teaching your miniature schnauzer some cool new tricks to show off his brainy attributes.

Miniature schnauzers were bred to be dominating guard dogs, assertive enough to stand up to another dog twice his size—all without the tendency to actually bite. Yep, this breed was known to be all bark and no bite, making him an in-demand family companion.

The miniature schnauzer was highly skilled at “ratting,” otherwise known as chasing small prey such as rats, mice and other small rodents. Today’s modern miniature schnauzer may still have the inherent urge to chase after smaller pets (obedience training can help eliminate that habit.)

The miniature schnauzer is known for its three signature colors: solid black, black and silver, and “salt and pepper.”

Did you know there is a fourth controversial color for the miniature schnauzer breed? The breed’s pure white coat is not universally recognized by kennel clubs or international canine breeding federations due to speculation that the color is a result of gene modification, a big no-no with breeding standards.

All this really means is that your white miniature schnauzer would not be allowed to compete in any recognized breed show or competition. 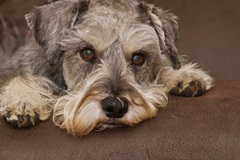 The most common health conditions for miniature schnauzers, based on Nationwide pet insurance policyholder claims are, in order of pervasiveness:

† Stanley Coren’s The Intelligence of Dogs