5 Things You Didn't Know About Labradoodles 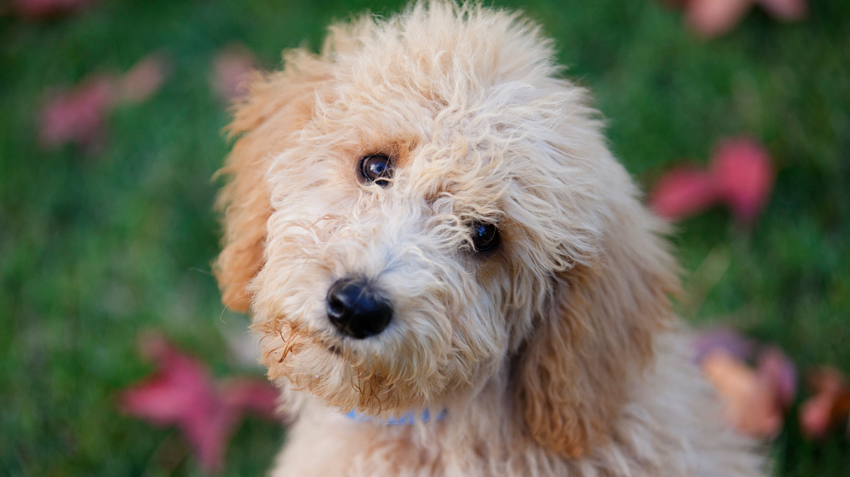 Hybrid Breed Has Made its Mark

Labradoodles: a fusion of the affectionate, hardworking Labrador retriever and the whip-smart poodle and its low-shed fur coat.

A designer dog with origins in Australia, this much-loved hybrid dog breed was originally created to provide service dogs to those in need who also happened to have fur and dander allergies.

Here are five things you may not have known about Labradoodles.

1. One Size Does Not Fit All

Because the Labradoodle breed is still relatively new, a consistent "pure" line of Labradoodles has not been produced. As a result, a Labradoodle's size is unpredictable and can vary greatly.

Depending on what type of poodle — miniature or standard? — was cross-bred with a Labrador, a Labradoodle's size can range from 25 to 80 pounds.

While some breeders prefer to breed a Labrador and a poodle to maximize the hybrid's diversity, others have begun to breed Labradoodle to Labradoodle in an effort to establish a solid breed line. This breeding method is usually called "multigenerational." 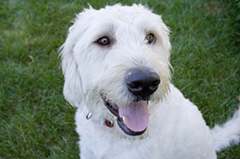 Labradoodle owners can expect their dogs to have an affinity for getting around the house. Due to their hybrid intelligence, the Labradoodle has an uncanny ability to use its front paws like hands: opening doors, gates and even sliding doors. Because both Labradors and poodles are known for their intelligence and performance, the Labradoodle in turn responds very well to training and has a higher than normal understanding of vocabulary.

Pop culture has also embraced the Labradoodle, landing a place in the Oxford English Dictionary and thereby creating a legitimate word placement for Scrabble players.

Monopoly, another popular board game, replaced the Scottish terrier token with a Labradoodle nearly 10 years ago on the special edition “Here and Now” game version. 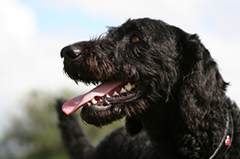 The most common health conditions for Labradoodles, based on Nationwide pet insurance policyholder claims in 2016 are, in order of pervasiveness:

With routine veterinary care and a lot of TLC, Labradoodles can live a lifetime of happiness