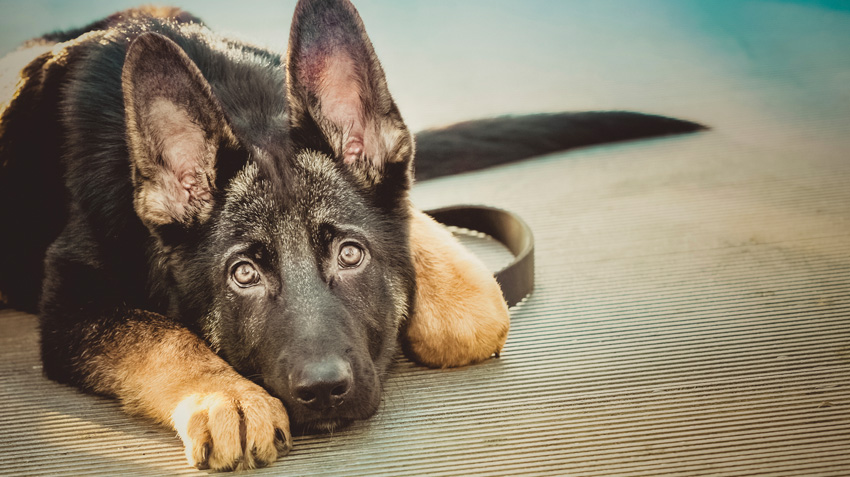 The German shepherd dog (GSD) has consistently been ranked as one of the most popular dog breeds in the U.S.

A family favorite and a resourceful working dog (search and rescue, guide dog for the blind, security and military), this breed is confident, loyal and eager to please.

If you need any further proof this breed is as revered as it is, there’s even the national “13 Club” for German shepherd dogs that are twelve years of age or older.

Here are five things you may not have known about German shepherd dogs. 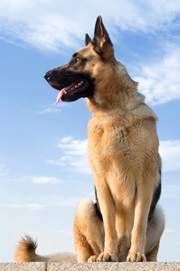 German shepherd dogs are one of the few breeds that uses “dog” in its name. The reason? So people wouldn’t confuse the “German shepherds” tending to a flock of sheep with a dog breed of the same name, which was developed during the 1800s.

By 1914, the GSD had become so popular in the U.S. there was talk of dropping the German attribution and changing the name to “shepherd dog” or “sheepdog”.  As a result, the American Kennel Club removed “German” from the breed’s name in 1917. AKC members voted to change it back to “German shepherd dog” in 1930.

The German shepherd dog was trained to work for the German military in the early 1900s: carrying ammunition, guarding, acting as a messenger and conducting search and rescue.

The heroism of the breed on the battlefield during World War I impressed American soldiers, who brought some of the dogs back home, at which time the breed’s popularity began to soar.

One such dog, Filax of Lewanno, served for more than one year in the Allied trenches. He was honored at the 1917 Westminster dog show for rescuing 54 wounded soldiers. 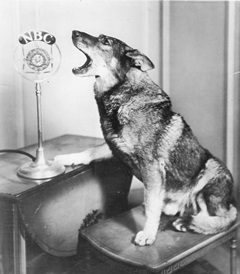 You may have heard of Rin-Tin-Tin, but do you know Etzel von Oeringen, more commonly known as “Strongheart”? The former German police dog was one of the earliest canine film stars, having starred in six films including “White Fang” in 1925. He even has a star on the Hollywood Walk of Fame.

Strongheart paved the way for Rin-Tin-Tin, the GSD war dog who achieved international fame while starring in 27 films, and is credited with saving the then-struggling Warner Bros. studio.

News of Rin-Tin-Tin’s death in 1932 set off a national response: regular programming was interrupted by a news bulletin. His owner later arranged to have Rin-Tin-Tin’s body returned to France, where he was born, for burial in Paris’s famous pet cemetery, the Cimetière des Chiens et Autres Animaux Domestiquesian. Rin-Tin-Tin also has a star on the Hollywood Walk of Fame.

In 1927, Dorothy Harrison Eustis, an American dog trainer living in Switzerland, was training German shepherd dogs as guide dogs for the blind. The first recipients of these GSD guide dogs were WWI veterans blinded on the battlefield.

Eustis’s work caught the attention of Morris Frank, who was blinded as a child and saw a widespread need for the talented seeing-eye dogs. He and Eustis went on to co-found The Seeing Eye, the first guide-dog school in the U.S. By 1956, due to the effortless campaigning by Frank, every state in the U.S. passed a law permitting guide dogs to accompany their blind companions in public spaces. 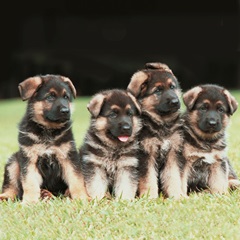 The most common health conditions for the German shepherd dog breed, based on Nationwide pet insurance policyholder claims are, in order of pervasiveness: