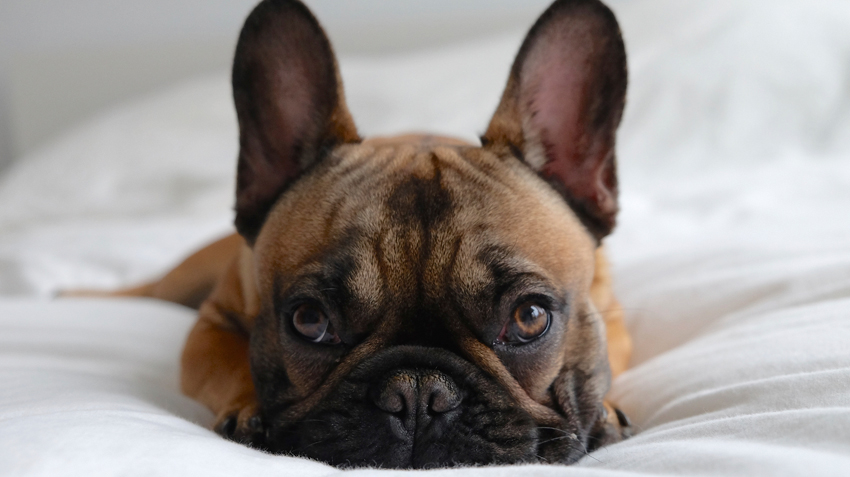 Illustrious Breed is One of the Most Interesting

The French bulldog has a fascinating history; here are five interesting facts about the breed that may surprise you.

Frenchie fans will applaud this fact: The French bulldog is one of America’s most popular dog breeds. Oui! According to the American Kennel Club, the breed is ranked the 6th most popular dog in 2016; however, the most interesting morsel of data is how diverse the demand is for this breed coast to coast.

Major U.S. cities in different regions consider the French bulldog their top choice, including: NYC (the No.1 most popular dog); Los Angeles, San Francisco and Miami (No. 2); Chicago (No. 3); Atlanta and Washington DC (No. 4); and Boston, Denver, Seattle and West Palm Beach (No. 5). 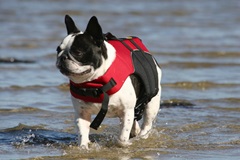 If you’ve seen “The Wizard of Oz” you know that Toto — a seriously cute Cairn terrier named Terry who was paid more than most of the actors in the film — plays a significant role. However, Frank L. Baum’s “Oz” series of children’s books featured Toto as a French bulldog, not a Cairn terrier. “Oz” illustrator R.A. Neill supposedly owned a French bulldog named Quinn and may have paid homage to his favorite breed in the book series. It is also rumored that a French bulldog was originally cast in the film but his unwillingness to take direction lead to the recasting of the Cairn terrier.

All dogs can swim, right? In the French bulldog’s case, take caution when near water. Due to their short-snout respiratory issues and skinny, short legs, they are at higher risk of drowning. This doesn’t mean that some French bulldogs take exception to this advice: according to one surviving passenger of the Titanic, a French bulldog was spotted swimming in the ocean after the luxury liner sank. Make sure your French bulldog has experience swimming — or wears a life vest —before spending the day at the beach.

Would it surprise you to learn that "Frenchies" are actually not from France? This charming breed can trace its roots back to ancient Greece, specifically to a dog belonging to the Molossian tribe, which was then bred into what is now known as the mastiff (are you beginning to see a resemblance now?). An off-shoot of that breed, the Bullenbeisser, became the "bulldog," predominantly used to bait bulls in England during the early 1800s. When bull baiting became outlawed, the dogs became domesticated, and were eventually cross-bred with other breeds such as terriers and the pug to create a smaller dog breed. It was during this point in time when some of these dogs were taken to France with lace workers displaced by the industrial revolution and then bred by enthusiasts. Voila! The "Bouledogue Francais" was born! 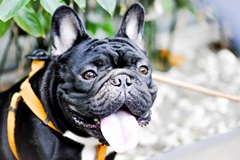 According to the American Veterinary Medical Association, bulldogs are unfortunately most likely to die in airplane cargo holds. The reason? The short-nosed breed — a characteristic technically referred to as brachycephalic — has respiratory issues that, under certain circumstances such as stress or a temperature change, cause the airway to collapse thereby cutting off airflow.

If you must take flight with your French bulldog, prepare ahead of time: make sure your dog is not overweight; reduce potential stress by familiarizing your dog with a travel crate using only a thin towel or blanket; use a pet carrier if your dog is small enough, and have him board the plane with you; choose flights that leave early in the morning or late at night when the temperature is cooler on the tarmac.