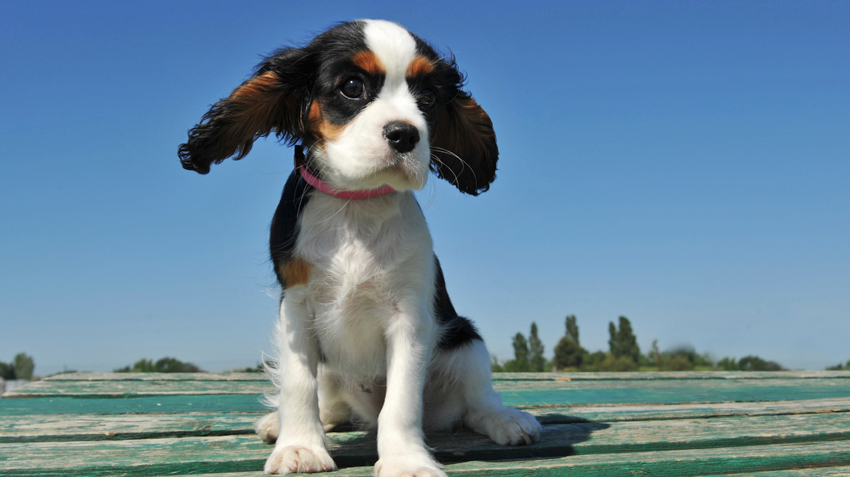 The Cavalier King Charles spaniel is one of the largest toy dog breeds and is very popular in the U.S., especially with families. Two key characteristics of this lap dog: affectionate and outgoing.

Here are five things you may not have known about the Cavalier King Charles spaniel:

The original King Charles spaniel originated — experts think — during the early 17th century. Named after King Charles II (also known as the “Cavalier king”), the breed was a favorite amongst royals but nearly became extinct when King William III and Queen Mary I (also known as the founders of the esteemed College of William & Mary in Virginia), took over the United Kingdom. Queen Mary preferred pugs, so the King Charles spaniel quickly became canine non grata. 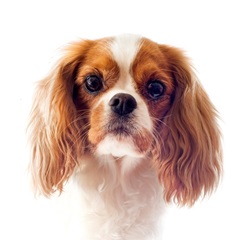 To save the King Charles spaniel from extinction it was crossbred with the queen’s favored pug breed, resulting in a flatter nose, an upturned face, a rounded head and protruding eyes. Nearly 230 years later, a group of American breeders took on the challenge of reproducing the original 17th century look of the King Charles spaniel (longer nose, flat head, and almond-shaped eyes). Following World War II (and another phase of near extinction), the American breeders were granted a separate registration status for their burgeoning breed: Cavalier King Charles spaniel, also known by many as “Cavaliers.”

Six surviving dogs became the starting point from which all modern day Cavaliers have descended: Ann's Son, his litter brother Wizbang Timothy, Carlo of Ttiweh, Duce of Braemore, Kobba of Kuranda and Aristide of Ttiweh.

The Cavalier King Charles spaniel is ranked 44th in Stanley Coren's The Intelligence of Dogs, listed as having “average” intelligence in working or obedience (to give you an idea, 131 breeds were tested and ranked). That being said, Cavaliers are successful in obedience and agility and make excellent therapy dogs due to their sweet, gentle natures. Since the breed has an instinct to chase most things that move including cars, "street-wise" is a description most Cavaliers will never acquire. Also, since the breed tends to regard all strangers as friends, they usually do not make good guard dogs. 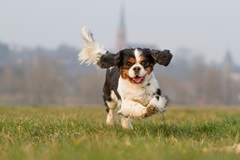