5 Things You Didn't Know About Boxers 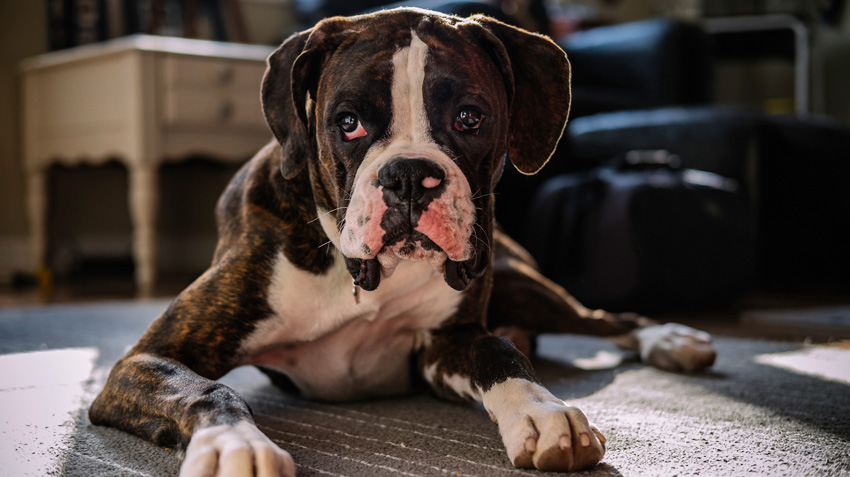 Happy Breed is Also Rather Interesting 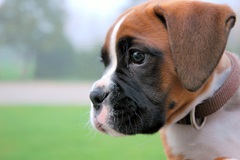 One of the most popular dog breeds in the U.S., the boxer dog has won the hearts of many. This energetic, medium- to large-sized dog breed is playful, affectionate and loyal to its family.

Here are five things you may not have known about boxer dogs.

The boxer breed was originally and exclusively a working dog, utilized during World War I as a messenger, pack carrier, guard dog and attack dog.

The breed’s popularity began to rise following WWII, after soldiers brought the dogs home with them and integrated them into families. 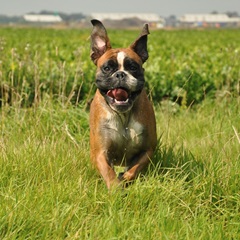 The boxer breed can trace its roots to the now-extinct Bullenbeisser, a dog of mastiff descent, and the English bulldog.

The Bullenbeisser, also known as “Boxl,” was trained to hunt large game such as bear, boar and deer. The breed was fast and had a solid reputation for its powerful jaws, making it an exceptional hunting companion.

The modern day boxer dog is still regarded as athletic: it can run up to 38 to 45 miles per hour, making it one of the fastest known dog breeds.

Did you know a boxer dog holds a Guinness World Record for the longest dog tongue in the world?

In January 2002, a 7-year-old boxer dog named Brandy was granted the Guinness World Record for having the longest tongue ever on a dog. Brandy’s tongue measured 17 inches!

By comparison, the Guinness World Record holder for current (and living) longest tongue goes to a Pekingese in Texas. Puggy’s tongue measures a mere 4.5 inches.

4. No Such Thing as a Black Boxer Dog 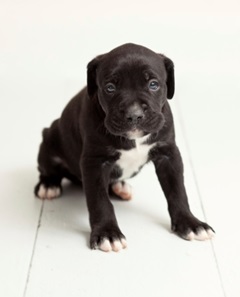 You might own a boxer that looks black but there’s really no such thing as a “black” boxer dog.

Boxer dogs are either fawn (tan) or brindle (a tan coat with black stripes). Boxer dogs with a brindle pattern that is heavily striped gives the appearance of "reverse brindling"—fawn stripes on a black coat. These dogs are sometimes referred to as "reverse brindles," but that is actually a misnomer—they are really fawn colored with a large quantity of black stripes.

The boxer dog breed does not carry the gene for a solid black coat; therefore, purebred black boxer dogs do not exist.

The most common health conditions for the boxer dog breed, based on Nationwide pet insurance policyholder claims are, in order of pervasiveness: