5 Things You Didn't Know About Beagles 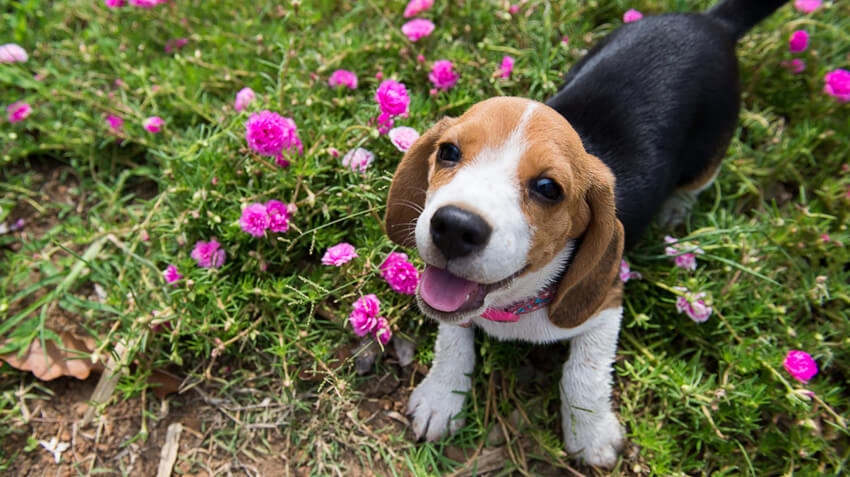 Small Breed Has Made a Lasting Impression

Beagles: a longtime favorite companion of many, including notables such as former President Lyndon Johnson, singer Barry Manilow and, of course, Charlie Brown.

These droopy eared hounds are spunky, loyal and make for an all-time friendly and affectionate pet.

Here are five things you may not have known about beagles.

The beagle’s roots can be traced way back to the Roman Empire, with many experts believing the breed’s origins run even further back, albeit untraceable.

The original beagle was actually much smaller than its modern size, called “pocket beagle” or miniature beagle because it was small enough to be tucked into a pocket, standing a mere eight or nine inches high.

How prophetic for a howling dog breed: The beagle’s name comes from the French “bee gueule;” the literal translation is “wide throat” but the slang translation is “loudmouth.” 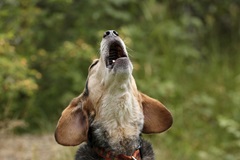 Beagles are good scent dogs for reason: they have roughly 220 million scent receptors in their noses —one of the many attributes for which they’re successfully used as search and rescue dogs and as scent detectors for law enforcement agencies.

(In case you were wondering, humans have only 5 million scent receptors in their noses.)

Did you know that pure-bred beagles have white tails? Specifically, all pure-bred beagles must have white somewhere in their tail, whether it be a few white hairs at the tip, or a mainly white tail. If your beagle does not sport any white fur in its tail, chances are it’s a mixed breed (and we don’t think there’s anything wrong with that, right?). 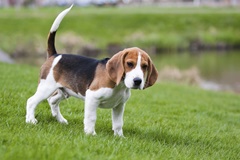 The most common health conditions for the beagle breed, based on Nationwide pet insurance policyholder claims in 2016 are, in order of pervasiveness: