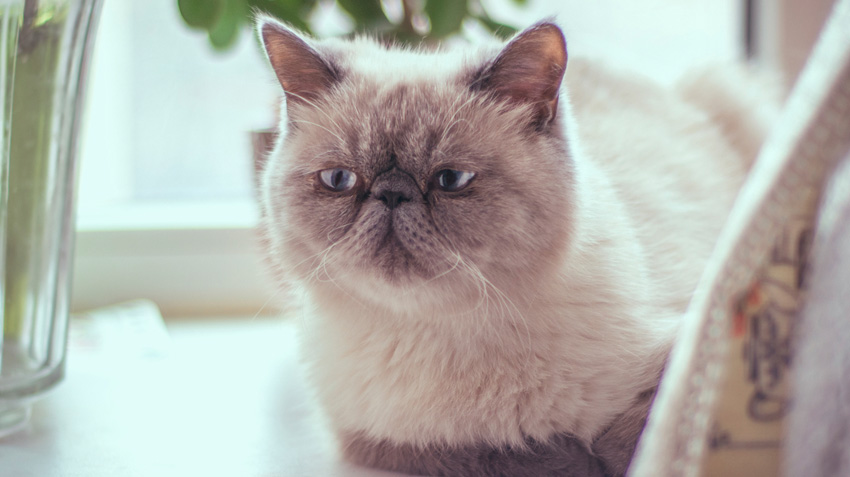 The Cat Fanciers' Association, the world's largest registry of pedigree cats, has announced which cat breeds were most popular in 2016.

Of the 42 cat breeds recognized by the CFA, the top 10 feline companions listed below are those which Americans preferred to take home in the past year. 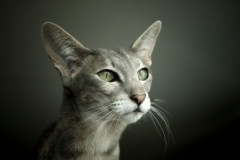 The Devon Rex is a relatively newer breed of cats, discovered by accident in the region of Devonshire, England, in 1960 and has been called many things: a pixie cat, an alien cat, a cat that looks like an elf — or a bat. It is also known to behave more like a dog than like a cat.

With its unique appearance, the breed has captured the attention of cat lovers worldwide—and the hearts of its families with its lovable, quirky and mischievous personality. 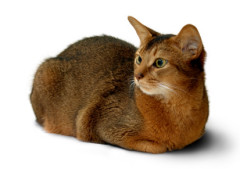 Abys, as they are lovingly called, are elegant and regal-looking, easy to care for and make ideal pets for cat lovers.

Lively and expressive, with slightly wedge-shaped heads, half-cupped ears, medium length bodies and well-developed muscles, Abyssinians have long, slender legs and their coats are short and close-lying to their bodies. Their overall appearance bears a resemblance to ancient Egyptian cats. Abyssinians are not lap cats, but are affectionate, loyal and normally mix well with children and other pets. Known for their curiosity, playfulness and need to explore their surroundings, Abyssinians are people-oriented cats who like to participate in the activities taking place around them. 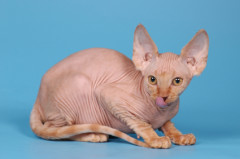 The Sphynx, a hairless, wrinkled wonder with big ears and eyes and pronounced cheekbones is one of the newer cat breeds. The first Sphynx was born in Canada in 1966, according to the CFA. The lack of hair, a genetic anomaly, was a result of Mother Nature and occurs about once every 15 years.

Since this time, the Sphynx has been bred with traditional shorthair cats, and then bred back to hairless to create a genetically sound, healthy breed. The breed’s unique look has caught the eye of many cat lovers. Though rare, it has recently become one of the most in-demand cats in the U.S. The Sphynx is definitely a “people cat”. They are energetic, silly and playful, and love to be the center of attention. The Sphynx is not an outdoor cat. Because their skin is exposed, Sphynx cats need to be protected from the elements. That doesn’t mean they can’t go outside; just that they should not live outdoors. 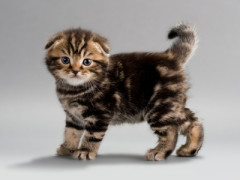 Sweet natured and demure, many Scottish fold cats have a feature unlike any other cat: folded ears that give the breed an owl-like appearance.

Scottish fold cats are known to possess an easy-going nature, and to be very loving and friendly with people and other household pets. This breed, outgoing and playful, tends to become particularly attached to one family member. The Scottish fold cat is also known for its soft voice and the ability to "speak" in a variety of different-sounding purrs and meows not commonly heard in many other cat breeds. 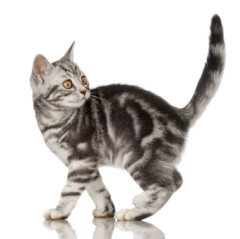 The American shorthair cat has a reputation as “America’s breed”. The first cats of this type were brought over from Europe with early settlers. Today, the American shorthair is a family favorite. It consistently ranks as on of the 10 most popular cat breeds. The breed is known to have a very even temperament with a good disposition and keen intelligence. Another testament to its mellow nature is the shorthair’s ability to get along with other pets and its gentle nature around children. A shorthair is considered an ideal pet for a working family with children. 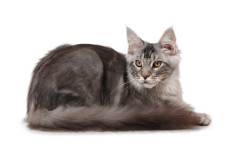 One of the oldest natural breeds in North America, Maine Coon cats are known for their intelligence and playfulness, as well as their size. One of the largest breeds of domestic cats, they are lovingly referred to as “gentle giants.”

Maine Coons are also known for their shaggy coats and rugged appearance. Full-grown male Maine Coons can grow to be 30 lbs., with females weighing a little less. These gentle giants generally reach full size by age three to five. Maine Coons are people-oriented, energetic and highly-intelligent, making them an easy breed to train. They’re also known for their dog-like behavior: following their owners from room to room, coming when called and playing fetch with their owners. 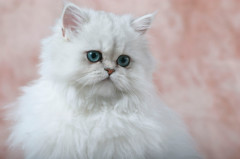 Known for their gentle, laid-back personalities, sweet faces and round eyes, Persian cats are affectionate, quiet, beautiful creatures of habit, making them the most popular breed among cat fanciers.

Persian cats are not only the most popular breed of cats, they’ve also been around the longest. In fact, hieroglyphics reference their origination as far back a 1684 B.C. Thought to have originated in Persia (now Iran), the cats were named after their believed “country of origin.” Although the breed has evolved over time in color and body type, one thing has remained the same: its thick and full fur. Ideally, Persians should be groomed at least once a day to prevent knots and matting of the fur. Persians should also be bathed occasionally to maintain a clean and healthy coat. 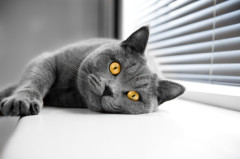 Not only is it one of the most popular cat breeds, it is also commonly selected to appear on TV, in movies and even in books. You might recognize the cat in many Whiskas brand ads as a British shorthair. The cat raised from the dead in Stephen King’s Pet Sematary (“Winston Churchill”) was a British shorthair, as was “Arlene” in Garfield: The Movie and the “Cheshire Cat” in Alice’s Adventures in Wonderland, just to name a few. 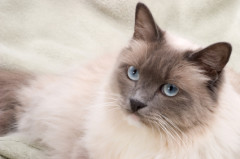 Easygoing and loving, ragdoll cats get their name from their tendency to relax and go limp in one’s arms when picked up. One of the largest breeds of cats, ragdolls are also one of the most affectionate, often referred to as “puppy-cats” because of their dog-like personality.

Ragdolls are extremely mild-mannered and friendly, and often seek out human companionship, such as following people around the house, sleeping with or flopping on their owners. This breed is particularly good with children and other pets and is easily trained to learn the same tricks as dogs, such as playing fetch, rolling over or begging. 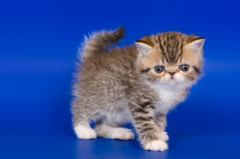 For the third year in a row, the Exotic cat has been named as America's most popular registered cat, knocking the Persian off the podium again after 31 years as the reigning No. 1 breed. The Exotic (also called the Exotic shorthair by some cat associations) is a cross between Persians and American Shorthairs.

Exotic cats are bred to meet the Persian standard in almost every way with one exception: their coats. Exotics, unlike their Persian counterparts, have short, thick, dense coats, making them popular among people who enjoy the Persian personality but don’t want the hassle or the time required for daily grooming. The Exotic personality tends to mimic that of a Persian: sweet, affectionate and playful. Exotic cats are known to show more affection and loyalty than other feline breeds, and commonly follow their owners throughout the home. 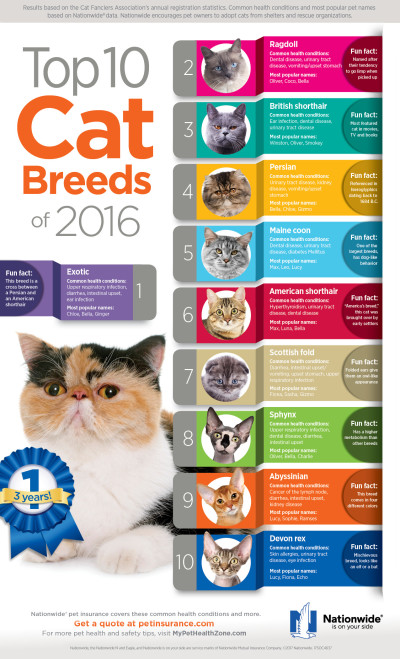 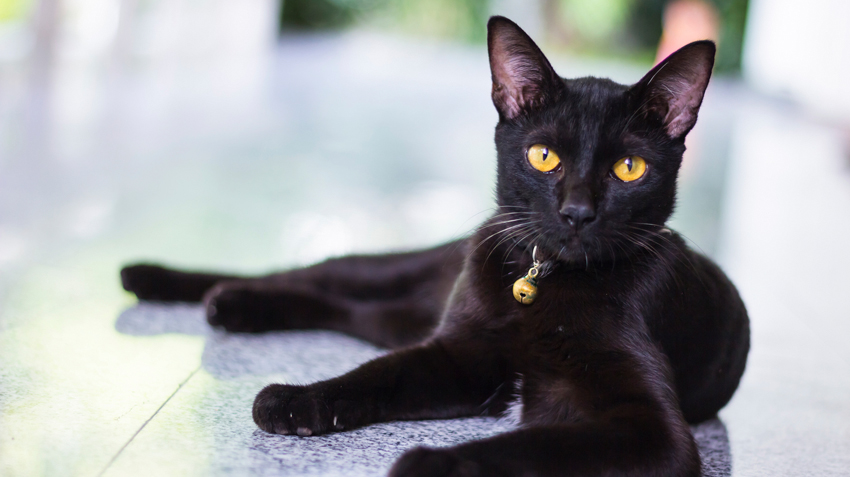 Black cats have long been the subject of superstition and suspicion, reaching a pinnacle o...