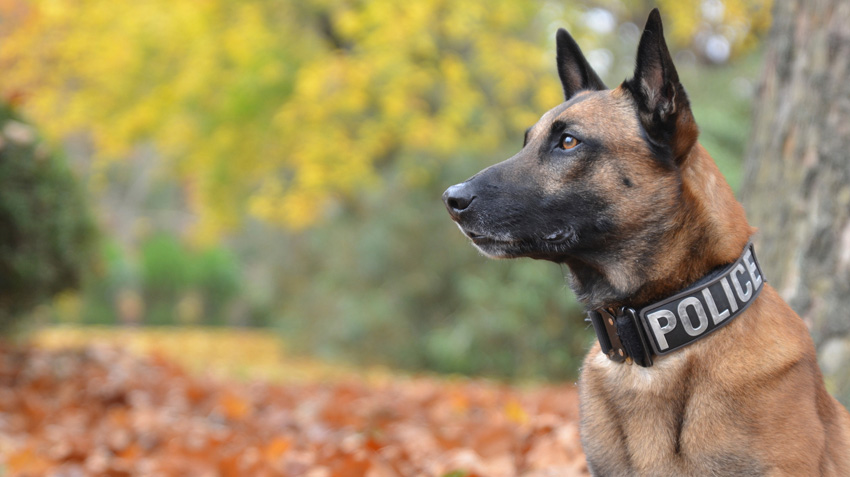 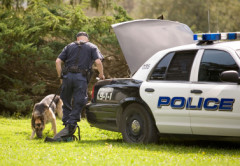 Working dogs, as their name indicates, refers to canines that are specially trained to use their bravery, talents or senses to help make life easier on their handlers, or human partners.

Police dogs, or K9s, are specifically used in law enforcement for their acute sense of smell, courage, work-ethic and other attributes, making them an indispensable asset to any crime fighting organization.

Kevin LaPyrne, a deputy with the Orange County Sheriff’s Department Canine Unit in Santa, Ana, Calif., has the type of partner only a select number of officers in his division have: Kai, a six-year-old male Malinois K9 dog. 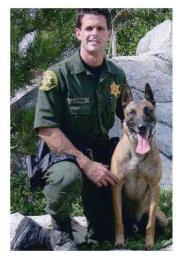 Hailing from Holland, Kai came to the United States in 2003. He’s trained in obedience, handler protection, searching for evidence, apprehension of criminal offenders, as well as narcotics detection, making him a dual-purpose dog.

K9s are specifically trained to follow the freshest human scent, and because of their superior snouts, are able to aid officers in the process of making arrests and/or investigating crime scenes.

“Kai’s job—like any K9’s—is to help save our lives and make our jobs safer,” says LaPyrne. “Their drive is through the roof. It’s hard to understand how truly courageous they are,” he says, making reference to SWAT teams who wait for K9s to arrive on location before entering a situation where a dog’s superior sense of smell is needed.

LaPyrne explains that K9 dogs are trained to alert their human partners in one of two ways during narcotics detection: active alert, when the dog scratches to indicate, or passive alert, when the dog sniffs and then sits when something has been located. Kai is trained passively, although there is nothing passive about him—in 2007 alone, Kai was deployed on approximately 77 calls.

K9 dogs have worked throughout Europe during the first and second World Wars, and have been in increased demand since the terrorist attacks on September 11, 2001.

Bonds between K9s and their handlers aren’t formed overnight; plenty of quality time is spent building their relationship.

LaPyrne and Kai are no exception. They work the streets three days a week, and have regular training sessions every Wednesday at various locations throughout the Southern California region. This time is used as a foundation of learning together, and to fine-tune and strengthen their relationship as crime fighting partners.

“It’s amazing the bond we have,” LaPyrne says, referring to Kai. “He can tell when we’re on the way to a call—he picks up on the stress of my voice, the clicking of the buttons, the acceleration of the patrol car; everything.”

That bond is undoubtedly stronger due to Kai’s live-in arrangement with LaPyrne at his Southern California home; most K9s reside with their handlers. However, just as Kai is devoted to LaPyrne, the deputy wears his devotion to Kai on his sleeve. Tattooed on his upper left bicep is Kai’s image, forever inked into his skin as an indicator of the commitment he has to his partner.

Although K9s accompany their handlers on every shift, not every day is action-packed. In between calls, Kai lays in the back of LaPyrne’s patrol car, chewing on his special KONG® rubber toy or looking out the metal-grated back windows, anxiously awaiting his next assignment.

Regardless of what time his shift ends or what unfolds during his watch, Kai ends his day with the same enthusiasm in which he began. “This dog truly does live to work,” says LaPyrne.

K9 dogs have worked throughout Europe during the first and second World Wars, and have been in increased demand since the terrorist attacks on September 11, 2001.

Some of the more popular breeds used in police work include German and Dutch Shepherds, and Malinois, such as Kai. Many police dogs are bred in Europe, specifically in Germany and the Netherlands, as well as other locations.

Want to learn more about K9s? A quick search for “K9 dogs” on Google pulls up approximately 2.2 million search results on the topic. Additionally, some cities host K9 community awareness demonstrations to familiarize the public with their training and experience. Check your city’s calendar of events or with your local chamber of commerce for upcoming demonstrations.