A Hot-Button Topic for Owners

Cats are one of the most popular pets in the U.S., with 90 million living in our homes as part of our families, according to the American Pet Products Manufacturers Association pet ownership survey. It’s no question that we love our kittens. What is debated is whether to have their claws surgically removed, a procedure known as “declawing” or “onychectomy.”

The question is a divisive one, with many groups, owners and veterinarians arguing that the procedure is an inhumane mutilation of the cat.

On the other hand, other owners and veterinarians disagree, arguing that the cat is not permanently injured, and can maintain normal cat activities after the procedure is done. Following is a look at both sides of the argument, to help cat owners decide what they believe is best for their cat.

Why Some Decide To Declaw 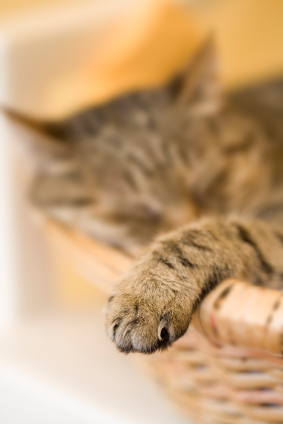 One of the top reasons cat owners decide to declaw is to avoid damage to themselves and their furniture. It is a cat’s natural instinct to scratch (in fact, cats will still perform the action of scratching after they are declawed), and sometimes this scratching can ruin property and relationships with the owner. The owner may interpret the cat as having “behavior problems,” or view the animal as “not trainable” because of incessant scratching.

“I decided to have my cat, Molly, declawed because I felt like it give both of us a bit more freedom,” said Vicky Anderson, who adopted her 15-year-old tabby from The Humane Society 12 years ago. “Molly has the run of her home with no limitations — she can sit and scratch wherever she wants, and I don’t have to feel bad about reprimanding her for what comes naturally.”

A cat’s scratching can potentially cause injury to humans, says Dr. David W. Reinhard, a consulting veterinarian for Nationwide pet insurance. While uncommon, cats can transmit Cat Scratch Fever to humans. The disease is caused by a bacteria that is transmitted by cat scratches and bites, Reinhard explains. The bacteria has also been found in fleas harbored by cats but the relationship of fleas to transmission of the disease is unclear.

If you use routine, preventive measures to control fleas on your pet, your cat — and you — should not be at risk of developing Cat Scratch Fever.

Reinhard also refutes the idea that cats suffer needlessly because of declawing. “The surgical procedure with modern anesthetics and analgesics can be performed with little discomfort. Once the paws are healed, the cat’s gait and ability to run and hunt are unaffected,” he said. 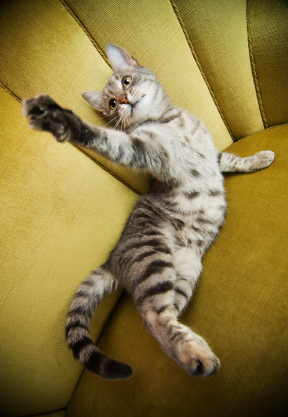 Despite the assurances of some veterinarians, many owners and animal-rights groups take issue with declawing.

Declawing involves the amputation of the last bone of each toe of the front claws. If performed on a human, it would be comparable to cutting off each finger at the last knuckle, The Humane Society argues.

Dr. Cori Gross, a Seattle-area veterinarian who specializes in cat care, encourages her clients not to declaw their cats unless it’s a last resort to keep the pet with the owner.

“The American Association of Feline Practitioners (AAFP) reports that there is no scientific evidence linking declawing to behavioral abnormalities or chronic problems,” says Gross. “Anecdotally, however, many cat veterinarians feel that we see a correlation between declawing and long-term behavioral issues such as litter box problems.”

Cats use their paws every day to dig through litter while relieving themselves. If a cat feels discomfort using his paws in a litter box, there’s a chance he’ll simply stop using the box.

Gross points out that the AAFP agrees there is potential for long-term neuropathic pain. “Sometimes we see patients that exhibit sensitivity in the paws for the remainder of their lives.”

Those against cat declawing say it is the equivalent of maiming your animal. The cat will no longer have the ability to climb or hunt effectively if it does not have its claws, they say. In addition, cats use their claws groom themselves, getting rid of skin irritations, dislodging dead hairs and combing tangles out of their fur.

“It’s cruel and I would never do it,” says David Comfort, owner of of two cats, Smudge and Fober. “Think of your own fingertips and how you use them to relate to the world. Also, a declawed cat can’t climb or fight back, so if you let yours outdoors, he doesn’t stand much chance.”

If you’re not sure if declawing is right for your cat, consider these options: 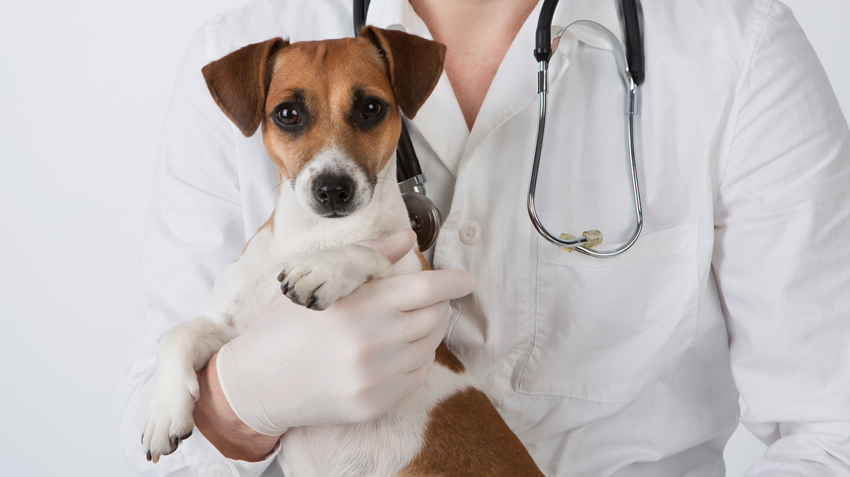 Modern veterinary medicine has made it possible to offer higher standards of care. Like hu...