Why Dogs Do Strange Things 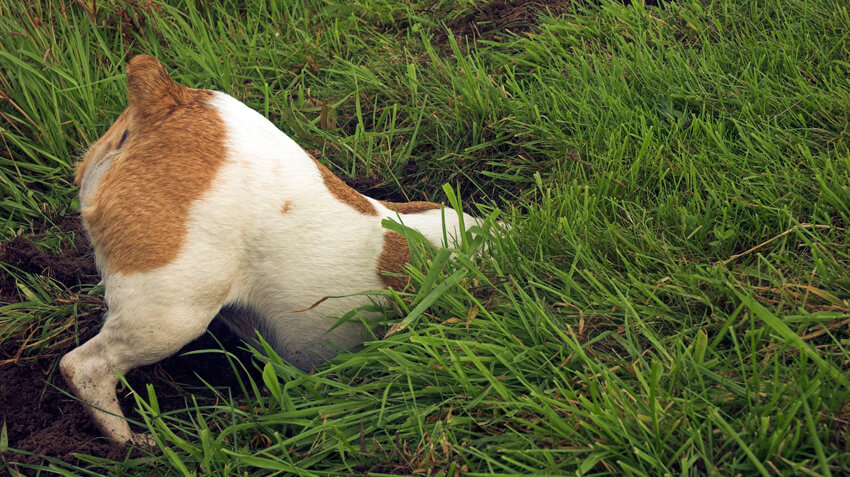 Part of the reason we love dogs is for their unconditional love and curious nature. Some of their most endearing qualities may also stump us from time to time: the furious digging, the inexplicable rolling in stinky, smelly stuff, and the ritualistic nesting at bedtime.

Many of these strange behaviors common to dogs are believed to be tied to the days when they ran in packs, dug shallow dwellings and gathered their own chow.

Birds Aren’t the Only Nesters

Natalie Wolford of Phoenix, Ariz. has two Chihuahuas, Leo and Bella. Their strange habits include “digging” a bed each night before lying down to sleep.

“Bella goes under the covers near my feet and turns and turns until she starts pawing and pawing before finally plopping down,” says Natalie. “Leo does it sometimes but it’s the same thing every night with Bella.”

So why does Bella nest each night? 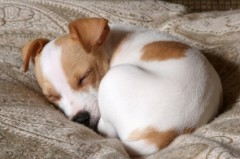 Before dogs were domesticated some 15,000 years back, they dug shallow beds to keep them a bit warmer than simply snoozing on the ground’s surface.

The bedtime ritual might also be linked to a dog’s instinct to mark his or her territory. Dogs mark the area that they consider theirs by scratching the ground with the smell that comes from the sweat glands in their paws.

While Natalie’s dogs conduct harmless pawing, some dogs shred whatever they can get their paws on. If this is the case, get your dog a bed of her own with a lose fill such as cedar chips. (Dogs are more likely to adapt to a bed placed in spots they already consider their territory.)

Dogs dig for lots of reasons: As a means to get somewhere, hide food, explore and, frankly, just for fun.

This knack for getting dirt between the paws goes back to the days when they dug dens and buried their leftovers. Watching other dogs and owners dig can also encourage the urge to make a hole of their own.

If digging causes a problem, fill favorite spots with rocks and a smell they dislike such as chili pepper or their own feces. You can nudge them into digging in a designated spot by burying a treat there and cheering them on as they make the discovery.

Your dog could be sending you a message by the holes he’s digging, according to The Secret Lives of Dogs:

Many a pooch enjoys rolling in some smelly stuff from piles of autumn leaves to dirt, snow and, unfortunately, even the droppings and carcasses of other creatures. 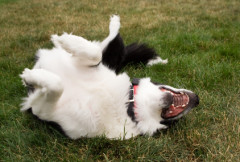 Dogs might prefer a good roll to itch a scratch. Dogs who sometimes rub around after a bath might be attempting to remove the sweet shampoo smell.

Reeling in something smelly could be your dog’s way of saying that he found something interesting and he wants you to know. Or he could be marking his territory. He may enjoy the smell of something so much that chafing against it is his way of taking that lovely smell along with him.

Most rolling and rubbing is harmless. But if your dog picks up a totally unruly scent, freshen him up with odor neutralizers rather than shampoos, which may enhance the stench – err – scent.